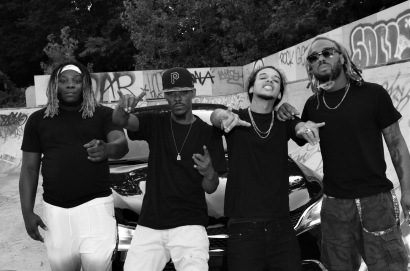 Meet YUNG FLY GANG or for short, YFG.  YFG members, Yung Moo, Yella-Man, Foley, K-Wade, Tjuan Benafactor and Dj Wyld Chyld are in the music scene in Pittsburgh.  They have been creating music since they were kids.  Once they became teenagers, they got real serious about being in the music industry.  Yung Moo told his Mom of their dream of entering into the rap industry.  His Mom then got him his own recording studio and began getting them booked for big named artists in the industry.  Yung Fly Gang has opened for 2 Chainz, Ace Hood, Action Bronson, Project Pat, Afro-Man, Chevy Woods and Kevin Gates just to name a few.  These boys are definetly the ones to watch coming up in the music industry.