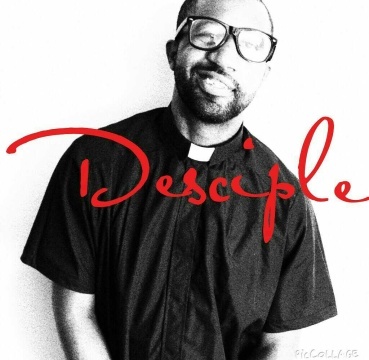 After numerous local performances generating a local buzz, Desciple gained national attention with the hit "I Ain't Running" , one of HolyHipHop.coms most requested songs for 2015. Along with the anthem "Work", in the which was in rotation on dozens of podcasts and online radio stations nationwide helped push the EP Beatitudes to 10's of thousands of streams, sales, and downloads. Desciple spent most of 2015 also touring and promoting the album, performing along side of CHH Heavyweights Uncle Reese, Gemstones, and Steven Malcolm. Desciple's next single Sold Out, debuted at #77 on the iTunes inspirational charts also peaking at #1 on the Holy Hip Hop charts for most of 2016. Along with the single "Overflow", which debuted at #36 in June of that year. Has ranked Desciple among CHH's elite. In the summer of 2016, Desciple began the "Church In Da Hood" tour. Which evangelized at numerous Metro Detroit area parks. Performing music, giving out food, haircuts, and school supplies to thousands of inner city youth. In 2017, Desciple released the album IVXXI gaining high praise and great review, heavy airplay, and views from Sold Out, and the love ballad Perfect Love. Continuing on pushing the project, Church In Da Hood, and dropping a slew of videos Desciple is climbing the ladder to the top of his genre.