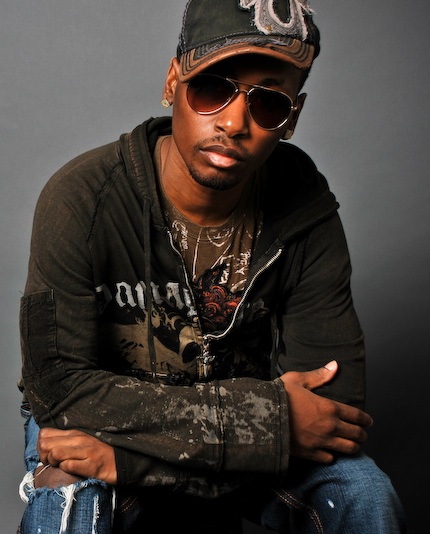 “Music for the mind, body, and soul.” That’s what Harlem native Young Ace Deuce describes his music. The youngest of 3 children, Ace always had a passion for music. Growing up listening to classic groups and artists from the 70s and 80s such as Delfonics, Blue Magic, Cheryl Lynn and countless others, he quickly fell in love with music and the words and meanings behind them.
As a teen he often wrote freestyles in his spare time, but usually wrote a lot of story telling rhymes to other artists instrumentals, or other instrumentals his friends would make. It wasn’t until a visit to Sony Music Studios in mid 2003 where he realized music would be his calling in life. While at a recording session with his cousin and others, he got to see how everything works in the studio, from the recording, to the mixing. He then decided to attend Touro College where he took up Digital Media Arts. At school he wrote and linked up with other students to work on music. He learned all he needed in this music program and used his skills to begin producing and engineering.

Ace has done some producing and engineering for local artist’s mixtapes and other projects. He continued to grind and perfect his craft while networking and meeting other producers, artists and industry insiders. He also got the chance to go to writing sessions at times with songwriters who were in the game for years. His hard work and perseverance paid off when he landed an internship with Mona Scott-Young(Love N Hip Hop) at her new company Monami Entertainment.

At Monami Entertainment, he really got to see how the industry works. Ace saw the steps taken to negotiate contracts, set up shows, music videos, preparing budgets, and other necessary things that make the music industry go round. Helping out artists such as Jim Jones, Busta Rhymes, Missy Elliot and others, he soaked all of this knowledge up and began to apply what he learned towards his music. Even Mona Scott and a few others encouraged him to never give up and do what he has to do to make his dream come true.

After parting ways and venturing out on his own, Ace still managed to do music for local artists. But then came a situation that would either make him or break him. He hit rock bottom and nearly lost everything, including his life. But these series of events he faced were not too much for him to handle, as he found more success with his music. He inked a tv/film licensing deal with Linnette Harrigan Media where he landed a song placement on the new season of Bad Girls Club Chicago.
He then ventured out down the artist route where he has released two music videos, does performances, and has had a select few songs getting club and internet radio spins. He recently released his debut mixtape "Born Alone Grind Alone" in Spring of 2017 on major media platforms such as Dat Piff, MyMixtapez and SpinRilla.

Young Ace is currently back in songwriting mode with placements pending so stay tuned for more great music.