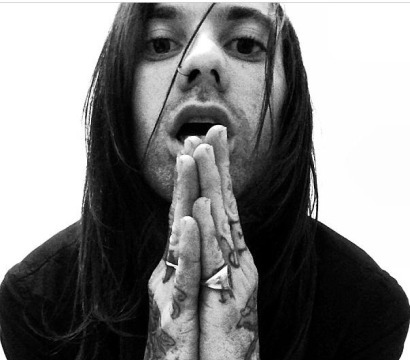 Alias: We Are The Apocalypse (Nicholas Scott Phoenix)

We Are The Apocalypse has appeared live at/with:

We Are The Apocalypse is an Electronic Dance Music project fronted by Producer/Dj/Filmmaker : Nicholas Scott Phoenix. It was founded in the Spring of 2011 and since that time has evolved into a vicious and unique musical experience. Completely concept driven, WATA infuses a wide dynamic of sound ranging from Dance, Main Room, Trap, HardStyle, Garage, Metal & Blues.

WATA has begun to attract a following not only because of its original bass heavy tracks but also because of its high energy , crowd flooring live performances. Phoenix has created a musical entity that is so content rich that it brings more to the table than just a dance music project. It is what he considers " a statement of awareness of the destructive world we live in".

His visuals, designs, and videos (which are all created by Phoenix himself) are not your typical EDM inspired flare. He shows war, disasters, and sex with an artistic method of delivery. But the purpose behind this organic yet controversial message isn't just to shock and awe. It is a purpose Phoenix is as passionate about as he is about the music itself. The goal is to use music as a collective that is powerful enough to actually inspire people to make real changes in the world.

The concept spawned from witnessing the devastating effects that the infamous hurricane "Katrina" had on his hometown. The storm was one of the deadliest natural disasters in the history of the United States and claimed the lives of over 1,800 people. "I want to really change things and help people, there's to many artists nowadays with the power to do these types of things who aren't doing anything aside from spraying champagne & throwing birthday cakes at the crowd at these shows". "I want to use this life and art to do something profound that will improve or preserve life, and showing the ugly and real parts of it to make people aware is the first step".

WE ARE THE APOCALYPSE SLATED TO PERFORM LIVE AT THE 2014 AVN (ADULT FILM AWARDS) IN LAS VEGAS!

ALBUM ART & TRACK LISTING
for my upcoming debut EP: "The Art of Corruption"
an EXCLUSIVE Beatport Release. OUT: October 31st, 2013

"THE ART of CORRUPTION"

We Are The Apocalypse : To Headline the iLLUMINAUGHTY 4 party!

WELCOME TO ...WHERE IT ALL BEGINS.

FINALLY LAUNCHED THE EPK . THANKS FOR STOPPING BY

We Are The Apocalypse Co- Producing Musical Score for Britney Spears Vegas Residency.

I am currently working on dubstep remixes for the score of Britney Spears upcoming Vegas Residency!