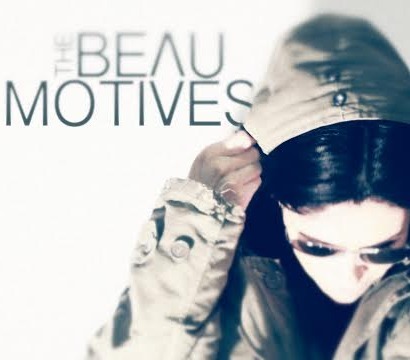 “In one of those rare musical occurrences–the debuts by The Smiths and Siouxsie and the Banshees both come to mind–The Beau Motives have arrived fully formed and ready to go.”

Let It All Go is the debut single from The Beau Motives eagerly anticipated album, set for launch in 2015.  Shaz Condon, Stuart Gray & Jay Oglesby have taken the ultimate in alternative routes to radio.  After 2 years of writing, recording and producing a giant catalogue of tracks, the band kicked off gigs in summer 2014, and have already been shortlisted by Hot Press as one of Ireland’s Top 20 Live Acts.

Leading into the release, Let It All Go has received excellent reviews, with Deadly Music writing that “the track gradually launches into an indie pop slow-burn potential classic that recalls – somehow – Morrissey via Kate Bush and Placebo.” DublinConerts.ie describe a “tune and video that are impressive, as well as intricate and daring”, while The Digital Feed “think this is going to be a massive hit”.

“Let It All Go has a massive hook that recalls Racing Glaciers on VHS and is guaranteed to stick in the brain in a good, happy way. Trust us, you’ll adore this….”
FeckingDeadly.com - Ireland