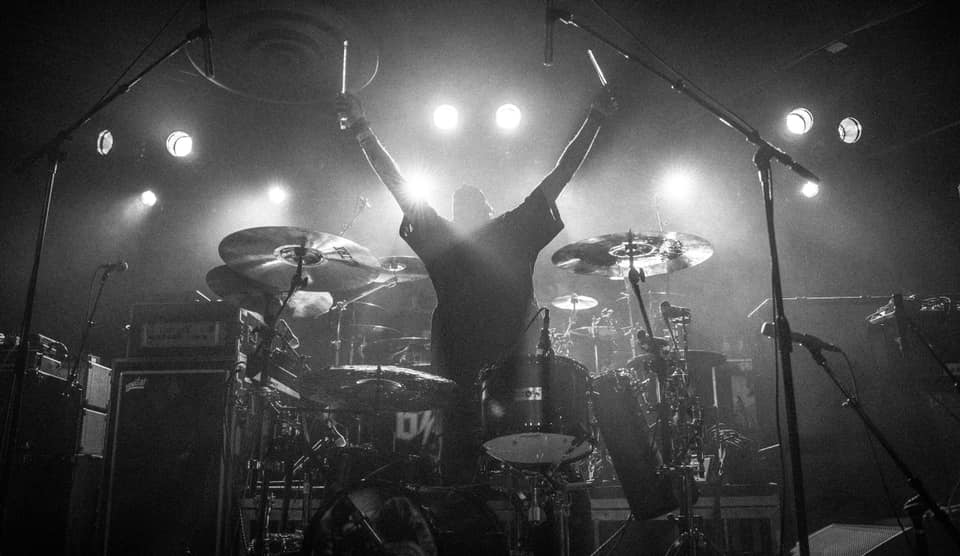 Since he was 13 years old, Eric "SpAz" Lewis has been melding his passion for music as a drummer. Always tapping on things, so being a drummer was a natural fit. It wasn’t until after he joined the Navy at the age of 18, did he seek to join a full time band. Through out his military career, SpAz has performed alongside many different bands (8 SeKunDz, The Imbeskulls, Element Fifty-Four, and 13th Floor) spanning 8 states , been signed with an two independent record labels, and has done studio work for local bands and independent artists from different genres.

Since retiring from the Navy in 2014, he has more time to hone his craft and enjoy music to the fullest extent. SpAz has flourished not only into
a capable and seasoned drummer, but into an artist who can captivate a crowd of any size with his high energy stage presence.

As a newly relocated Sacramento-based artist, SpAz had joined a well-known Alternative band called “Terra Ferno”. With over 20 years of passion and hard work underneath his belt already, he looked forward to recording and producing exciting new music, perfecting his talent, and continued growth as an artist. After a short 2 years, unfortunately due to musical differences, Eric and left the band to create Failure by Proxy. While in Terra Ferno, Jeremy Friedlander (vocalist) became great friends with Eric and left the band as well due to musical differences. With a new musical direction, he knew exactly who to bring into the project.

In less than one year of Failure by Proxy being established, they had gained a large following, released 2 singles with world wide distribution, and has played with many national acts, including Gemini Syndrome, Flaw, Oleander, Smile Empty Soul, The Mendenhall Experiment, Puddle Of Mudd and Buckcherry.

Other project's that he is currently involved in:
Cash Cartell Band (Drummer)
Soulwood (Samples / FX)

When not commanding the throne in Failure by Proxy, Eric operates Vet-Traxx Project Inc., a non-profit organization that provides music therapy for Disabled Veteran's in a recording studio.

This is going to be one hell of a night of great music! Tickets are $25.00

This is the first fundraising show for the Vet-Traxx Festival held in September.  All proceeds goto help fund the annual festival.

P.O.D., nonpoint, Islander, Nine Shrines, and Failure by Proxy rock the AoS stage!  What a way to begin the summer!!!