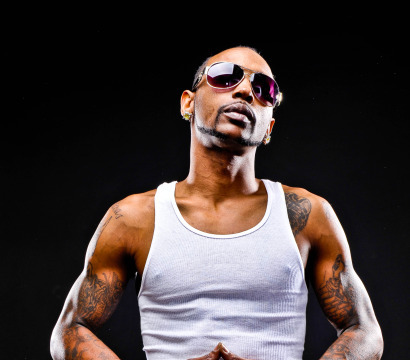 Soc Sosa entered the music scene in 2000 with his debut album "Socratez Philosophies." Sosa also built his empire during this time, Arrogant and Cocky Entertainment. As President of A.C.E., he worked with numerous artists. He gained much recognition during the course of promoting "Socrates Philosophies." He helped to bring The Source Magazine to Milwaukee, where he was featured along with several other local artists. Soon after, Soc took a sabbatical from music. During that time, his dreams never soared away from his music career. The years he spent outside of the music industry just made him realize, even more how passionate he was for music.

Returning to music in 2010, he came back full force with "The Resurface." With beats from Cito and Kurt Kobaine, and features including Scott Knoxx, S1, Urb'N Legend, Yung Clutch, and Luke; The Resurface is an all around Must Have! The Resurface has hit every major internet site including Radiowaves, Itunes, Reverbnation, Napster and Amazon. He has gotten positive reviews from Homer Blow on the project. He has grown in popularity on the East coast, Southern coasts and Canada. Soc Sosa has toured all around Wisconsin in many clubs and on the Rez to Rez tour, as well as other cities in the US. Soc has performed at the biggest clubs in Milwaukee including 618, The Onyx, Danny's Lounge, and Brooklyns. Soc completed the shooting of the video 'LIke Aye,' which is his major single off The Resurface and is featuring Shay Moss. Much of the footage taken was at Milwaukee's own lakefront with his supporters and other artists he works with. He keeps on moving forward, knowing that his dedication and hard work is not to be unrecognized. Soc Sosa is currently under the management of his label Arrogant & Cocky Entertainment LLC and recently released "Unpolitically Correct," which is the next step in his crossover from Gangsta Rap to mainstream music. He has samples from Jay-z and Owl City on this newly released album.
During 2017, Soc worked on his current album, Swag Talk which as some major heavy hitters on it. His style offers a little something for everyone. He has released "Hurt Somebody" ft. Cincere (video coming soon) and "Stonerz," which are available for download and Stonerz video can be viewed on Youtube. In April of 2018, Soc released the 3rd single and video from the album entitled "Wet Wet." This song is already becoming extremely popular in the clubs around the country. Definitely a song worth listening to and have your lady dance for you!
Soc Sosa is a force to be reckoned with putting his all into the passion he has for music. Success is bright and in the future, and failure is no option for him!