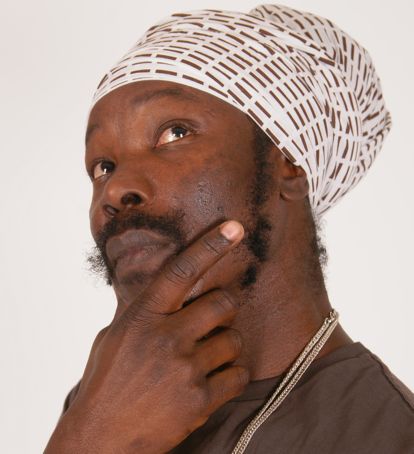 Reggae/dancehall singjay Shocking Murray was born in Snow Hill, Portland, Jamaica. From an early age he was recognized in his local community as a stand-out talent. At the age of 9, he started to sing for the number one soundsystem Libratone. As he grew from a boy to a man his outstanding performances and unique style launched Shocking Murray into a thriving music career. In 1990 Shocking Murray linked up with producers IUS and Devon Bradshaw and recorded his first single, entitled “Drum,” at the Black Scorpio studio in Kingston. After the release of four singles by the young artist, Michael Rose of Black Uhuru discovered Shocking Murray and introduced him to Squidly Cole who produced the songs “Position” and “Heaven Holiday”, which were released and distributed by the Tuff Gong label in 1992. In 1995 Shocking Murray had his break-out hit, “Woman You Me Want,” a collaboration with fellow reggae artist, Antonio. The single’s success inspired Shocking Murray to expand his career into Europe and while performing at festivals all across the continent he became a prolific recording artist. In 2003 he released “Secret Admirer,” and “Back On My Feet Again”. In 2005 the club-hit “Wot Time is It?” debuted along with “Is It Really True” The following year Shocking Murray produced his first LP, “Rise to the Top.” “Rise to the Top” was released in 2006 featuring “Seal It Up,” produced by Pure Doze and Funky Chris from the band Too Strong. “Seal It Up” became a new dancehall classic and “Rise to the Top” is packed with other hits such as “Tumble Down Babylon,” “Is it Really True,” and “Music”. His latest single, “Natural Livity” featuring Flexable brings Shocking Murray back to his roots, recorded in his home town in Jamaica. His follow-up album, “Troddin’ On” was released in 2012.

His latest singles are “SO NICE” and "REPARATION".

in july 2013 the hit single "SO NICE" brought Shocking Murray to the number 1 spot on the cvm tv hitlist charts in Jamaica.

Release of the Single "Natural Livity" featuring Flexable, available at ITUNES and AMAZON