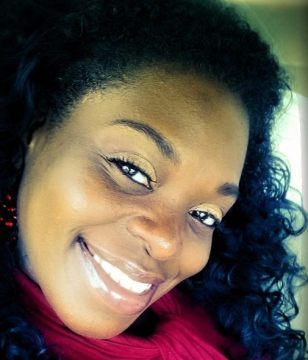 (Waco, TX) – August 16, 2016 – As artists, singers pour their experiences into their music. Gospel singer Shavonne Na’tey is no different. Her brand new single, “So Amazing”, released by Lottie St. Entertainment, was inspired by a hurtful church experience. The track, relatable to anyone who has been disappointed and felt the hand of God pull them out of a difficult situation, “So Amazing” is the latest song from the very talented inspirational songstress. Known for opening up for Gospel greats Rance Allen and Tamela Mann and as the niece of Gap Band member, Oliver Scott, Shavonne Na’tey is well on her way to making “So Amazing” one of her most popular hits. The song is currently available on iTunes, Amazon and other digital music outlets.

“So Amazing” relays hurting experiences that happened to Shavonne Na’tey at a former church. Rejected and ostracized, she was continually mistreated and abused. Ultimately, she left the congregation. In “So Amazing”, she explains how she rose above the negativity and how God gave her the grace to come out on top. Lyrics like these highlight her experiences: “They had time to apologize, yes they had time to dry my eyes, but they let pride reside letting their egos rise so I let God's love reside…”. The soulful, beat-driven track flaunts Shavonne Na’tey’s emotive voice and her ability to take the listener wherever she leads.

Unfortunately, her former church was not the only place she encountered abuse. “I was engaged in a relationship with someone in the church,” she recalls. “He was manipulative and verbally abusive, the type of person who would lift you up and then tear you down. But I stayed because I longed for love and acceptance. I am thankful for the prayers of my mother. Her prayers brought me out of the situation.” Now those abusive experiences are in her past and she learned a few things during the experiences.

She wants to help those who are in similar situations and has some words of wisdom. “I recommend that people who are being abused leave the noise,” she advises. “In other words, tune out the voices of those who don’t have your best interest at heart. The voices of the people can infiltrate your spirit and confuse your mind and your thinking. Whatever it takes, get away and refresh your mind. It’s only when you get away from the chaos that you will be able to hear God clearly. Without hearing the voice of God, it’s easy for people to forget who God called them to be and the purpose He has for their lives.”

It was the deliverance from those situations that encouraged Director Sophia Strother to tap Shavonne Na’tey as one of the women who recounts their stories of abuse or domestic violence in her docu-series called “Our Journey Alive”. The series celebrates women who overcame, and through it, Strother hopes to inspire others who are currently in abusive situations.

Shavonne Na’tey says, “Since that situation, I have moved beyond it. I have a husband now who treats me like a queen. As a matter of fact, my husband, Pastor Dexter Beck and I have started our own ministries.” Their ministry is called Kingdom Culture Ministries. The goal is to help people to understand that their lifestyle goes beyond the church walls. They want people not just to have a relationship with God at church, but outside of church as well. The ministry also hosts community events and ministry conferences geared toward bringing families closer to God and healing broken people. As an evangelist and prophet, Shavonne Na’tey is passionate about seeing others walk in their callings.

Music, for Shavonne, was a calling early in life. She was surrounded by a family full of musicians and singers. In addition to her uncle, Oliver Scott, a member of the Gap Band who wrote their megahit, “Yearning For Your Love”, Shavonne’s mother sang with Dorinda Clark Cole and Karen Clark Sheard as part of a live recording of the Church of God In Christ. Another family member, her uncle Willie Joe Scott, performed classical music overseas. At the age of 6, she joined her first group, The Cathedral Girls, in Oakland, CA. After moving from the Bay Area to Waco, Texas, she continued to sing, but crippling stage fright seemed to always threaten to hamper her ministry. But at the age of 15, she recalls standing in the front of her church, preparing to sing. “I remember asking my uncle – who was my pastor at the time – if I could host a revival,” she recalls. “At the revival, when I got up to sing, I literally felt the spirit of fear leave my body and ever since that time, I have sung with absolutely no fear,” she says. With the formation of Shavonne Na’tey Ministries, she seeks to inspire others with the love of Christ. She’s been a worship leader at several churches in the Waco area and sings, preaches and teaches the Word of God in Texas and around the country. For more information on Shavonne Na’tey on Facebook and Twitter.

Organizers of the Waco Juneteenth Family Fun Festival kicked off what they called the largest celebration in the area.

The festival, held at East Brazos Park, is estimated to bring in thousands of attendees. Organizers of the event hoped to utilize the celebration to educate the community on several issues.

The performance stage was lined with t-shirts from the Clothesline Project, a visual provided by sexual assault and domestic violence survivors. Gospel Singer, Diadem Shavonne Na'tey, performed a rendition of Lady Gaga's, "Until It Happens To You," a song focused on the victims of violence. The group Get Out, Get Loud encouraged the crowd to be vocal and vigilant in situations of domestic abuse or sexual assault.

One of the festival's organizers, Sophia Strother, said this year they went with a more strategic focus, in order to have the greatest community impact. "We wanted to make sure we brought up the Get Out, Get Loud program. With Juneteenth I feel like it's an obligation and a responsibility of ours between civic and social issues that we use this platform to bring awareness," Strother said. The festival has grown in size with more activities for kids as well as more vendors adding 15 more booths. Will Wardsworth owner of W&W Novelty has been a vendor at the festival for several years. Wardsworth says he enjoys seeing families come together. "We just have a beautiful time, a meeting of the families, just spending one day together as one. How about that just, 20,30,40 families get together and spend one day as one wouldn't that be nice?" Wardsworth asked. This year's festival was free for the first time. Organizers had over 50 volunteers working on the project for the past year. The festival also received support from the City of Lacy-Lakeview and the City of Waco.

While the event had plenty of fun and games for the family, the main message had a more serious tone. The organization had domestic abuse survivors speak out to bring awareness to the community. One, Shavonne Natey, sang "Till It Happens to You" by Lady Gaga. Shirts created by victims through the Women Veterans Health Program's Cloths Line program lined the stage, representing how victims of abuse process their pain.

Empowerment Driven by Knowledge Coalition Founder Sophia Strother said anyone who suffers abuse can reach out to her organization and others here on her website.

Shavonne Na'tey enjoyed an invitation from fellow American Idol Contestant Vincent Powell to be featured in his upcoming video shoot.  Shavonne had a great experience in Houston...See all of the photos on her Facebook Page today!

Shavonne Na'tey signs onto the "Soul'd Out Tour" featuring herself and gospel rapper B Holt.  This dynamic duo will be travelling the south with a contagious spirit of praise and worship!  For city locations near you go to www.facebook.com/souldouttour

Shavonne Na'tey signed the dotted lines with Lottie Street Entertainment to produce for highly anticipated album due out 2015!

Gone with the wind Women Service

The Lily - In My Valley Experience

Video Shoot for "So Amazing"