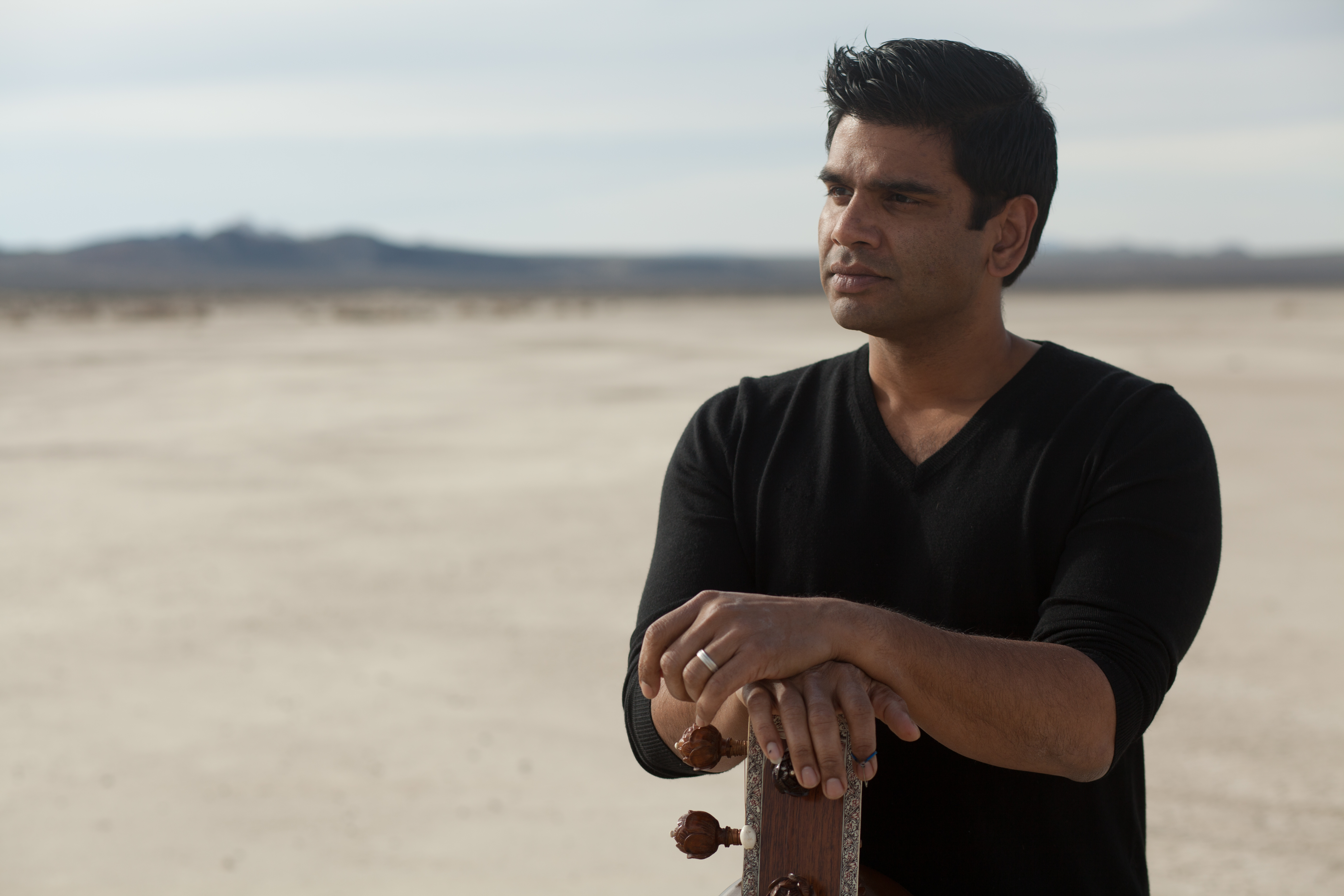 Ronobir Lahiri has been playing sitar for 25 years.  After intense classical training in Calcutta, India, under Sri Deepak Choudhuri, the preeminant disciple of Pandit Ravi Shankar, he returned to the USA and made a departure from the strict classical form. With a head full of Indian melody, he began to explore the parallels between the cyclical narrative form of raga and tala, and brought on board the hypnotic, relentless evolving repitition of house music. Drawing inspiration from Philip Glass, Jerry Garcia, Miles Davis, among others, the new album, "Hypnosis," is an epic blend of Indian and club, creating an auditory environment that is at once uplifting and meditative, energetic and chilled out, spiritual and intensely viceral.  Hypnosis will be released on the Hearts of Space label, for Valley Entertainment.  In 2013 he was featured on Katy Perry's album Prism,  the song "Legendary Lovers," and plays a eloquent sitar solo on Ziggy Marley's 2014 album Fly Rasta, the song "Sunshine."  He performed at the Hollywood Bowl in 2013 with the Blue Man Group and the Hollywood Bowl Orchestra.  Sitar-driven deep progressive house.