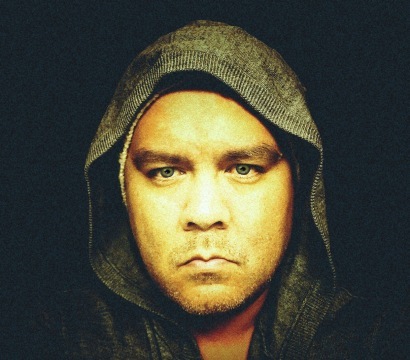 A Hawaii born recording artists, producer and musician and one of Hawaii's best kept secrets for many years even decades. RJ Has worked with many top artist and musician in Hawaii and the Pacific/Polynesia etc. With a recording career spanning over two decades. As a recording artist RJ has released five albums as a solo artist the first of which was produced by Grammy award-winning producer and artist himself Charles Michael Brotman. With the following four being produced entirely by RJ himself in his own recording studio (Groove Plant Hawai'i) located in beautiful Waikoloa Village on the big Island of Hawai'i and is signed to Major Record Label Dark Star-Sony Music Global-Universal Music Group. Rewinding the years to after graduating high school from Honoka'a High School on the Big Island aka "Hawaii Island" and becoming an outstanding "Top State recognized Sterling Scholar Music student" at Honoka'a high and part of it's Academic Grammy Winning Music Program RJ attended the very celebrated MI (musicians Institute) in the heart of Hollywood California where he studied vocals, keyboard and recording. He then returned to Hawaii to be placed in the job as a lead guitarist for the biggest Polynesian review company in the world Tihati production. With them RJ has traveled the globe here, there and everywhere across the globe and around the World performing the music of his Polynesian Heritage. Being a descendent of Hawaiian Royalty RJ is fully conscious about his Polynesian culture and heritage, his people and their struggles. In almost every Island Reggae/Island Pop project he has recorded io date he always has found ways to support his true Polynesian upbringing through his music production and songwriting. As a producer RJ has produced many bands/artists that became successful entities in the ever growing Hawaiian Music Industry and also through the Pacific Music Scene in multiple genres and countries. RJ has produced some of those unforgettable break through music for many artists, bands and himself that many radio stations flocked to as he has repeatedly puts his signature sound and music production skills to use on tons of Island music to bring them to not only something tastefully melodic and catchy but also brings something Ono (delicious) and irresistible to the listener's ears. As a musician RJ is an thoroughly experienced veteran and definitely has paid his dues and cut his teeth on stage and in the studio as he has learned his craft well. And that undoubtedly shows through his progression from his first album till his fifth and soon to come sixth album. You can also find his guitar work on numerous songs through the Island,Reggae,Pop,R&B,Soul,Jazz and Blues genres. Onstage from the age of four he has definitely honed in on his decades of experience in Music Industry but continues to learn and grow with the time and even more experiences. He has shared his talents on stages and in studios around the World with some of the most Legendary and Extremely Talented Artists and Musicians such as Billy F Gibbons (ZZ Top),Sir Elton John, Mick Fleetwood (Fleetwood Mac), Pat Simmons (Doobie Bothers),Elton John, Elvin Bishop, Tinsley Ellis, Multiple Marley Children, Jonny Lang, Tad Young, Bruno Mars, Don Ho, IZ, Willie K, Fiji, Kapena, Peter Moon Band, Melveen Leed, J-Boogs and many more. He also holds some very well established Endorsements, Affiliations and Sponsors with some of the biggest music instruments and musical gear companies in the World that supports his Music and Studio...
RJ "Kaye" Kaneao

There are a total of five CD's in the whole published (Robert Sterling Publishing NY) collection of RJ KANEAO.

Soon to be available all on iTunes and various other on-line download venues. RJKANEAOMUSIC.COM store is now open for business. Mahalo Admin@rjkaneaomusic.com

WE ARE SAD TO REPORT THAT ALL SHOWS ARE CANCELLED UNTIL FURTHER NOTICE. MAHALO

The new album "Genres of Soul" is out now in all major download stores! Go get it!! Aloha

RJ's first full album in the Blues Genre is finished with production. Stay tuned in to find out all the new scoops and release days etc..

Bck in January of 2016 RJ teamed up with aspiring film company Solitude Picture (Los Angeles) and JV Pro Sound (Riverside/Los Angeles) on producing a new music video/short film for his upcoming album release "Genres of Soul." They picked a song that really opens up and shows the wide spectrum of RJ's true versatility as a Musician, Artist and Producer. View the new video on youtube on RJ's Channel "RJ KANEAO MUSIC," or click on the video tab on this epk/app. Remember to LIKE,SUBSCRIBE and even leave a COMMENT if you wanna send a message to RJ,Cast and Crew.

PS.. Get those tissues out..

Big news is that RJ is scheduled to be recording with 7 time grammy wawrd winning and over 300 million albums sold legendary producer Steve Thompson. (www.stevethompsonproductions.com) This will be push back the release the of the new album but it'll be that much better! We are excited here at RJ KAYE KANEAO MUSIC for this tremendouse opportunity.

Announcing the release of "Singing the Blues." An original tune by RJ Kaneao. This is RJ's crossover attempt into a wider audience base in the Blues genre. Check it out on itunes.

The title should speak for itself. Working 6-8 gigs a week and working full-time in his personal studio RJ is certainly the hardest working Musician on Hawaii Island. If you wanna catch RJ at one of his many solo gigs follow the list that follows..

SCHEDULE SUBJECT TO CHANGE WITHOUT NOTICE..

FOR MORE INFO PLEASE HEAD OVER TO WWW.RJKANEAOMUSIC.COM