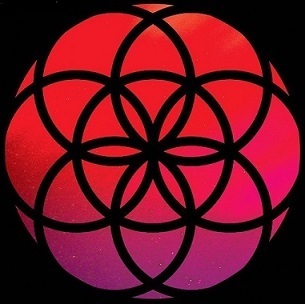 ORDER OF VOICES offers something different, that's the first thing you need to know. The second is that they mean every note in every song, there's nothing contrived here or written to a blueprint created by someone else. The third thing you need to know is that their music is an experience; it demands love and attention from the listener, the more you listen the more layers you'll uncover. Number four on the list is that they are based in the UK but their music is enjoyed by people throughout the known world. They have a new album to be released in 2017, 10 tracks, 10 pieces of their collective soul, 10 chances for you to travel with them; this is the fifth thing we'd like you to know

"We're not about obtuse musical art for the sake of it; we do love the art of song writing though", says vocalist Leigh, "If these songs can give me goose bumps after hearing them hundreds of times then I'm happy that I won't be alone in that reaction, I'm just not that unique!".

ORDER OF VOICES formed in 2009, with a shared aim to create some of the most ambitious music produced by a British band in the last 10 years, their debut album released in 2011 hit that mark receiving amazing reviews from many respected print and online publications; 'stunning', 'epic', 'inspired', 'thrilling' and 'amazing' are just some of the superlatives that were used to describe their debut.

Now in 2016 'Constancy' will be the follow up; an album that has taken the band through a massive journey of self-discovery and improvement. The journey has involved some show stopping technical glitches, many hours of late night soul searching, elation, anger, desperation and joy; not forgetting the odd birth and death. All this and more has contributed to the album, all this is present in the notes recorded and when the album title is dissected, you'll find everything you need to know about ORDER OF VOICES present in the meaning - Constancy: "The quality of being unchanging or unwavering, as in purpose, love, or loyalty; firmness of mind; faithfulness".

Another good review of Contancy; this one in the latest copy of PROG magazine!!

Another GREAT review of 'Constancy'

Another great review of 'Constancy'

Another great review of 'Constancy' here!

TRACK OF THE DAY - Alt.Corner.com

ALTERNATIVE MUSIC TRACK OF THE DAY!!

THE ORDER OF THINGS!!

We are excited to announce that OoV have signed to the Domino PR family!

A great review of the 'Constancy' here

A belting review of 'Constancy' from our Dutch friends

A great review of 'Constancy' here!!

Constancy is the new album from UK based band ORDER OF VOICES, due to be released digitally on March 13th 2017 via AWAL Music Services.

Constancy was produced by guitarist Ash Homar and mastered by Andy Baldwin (Faith No More, Blur, TesseracT) at Metropolis in London.

ORDER OF VOICES self-titled debut album was released in 2011 via Suburban Records/Code 7 to outstanding reviews and after a long hard road their second album has finally come into view and pushes things much further than before.

Comments vocalist Leigh Oates "We’ve moved on from the first album, distilled what we do to make it stronger in every sense. We’re very happy with the results and look forward to people hearing it!”

'Constancy' will be available in over 200 different digital stores and services around the world including Spotify, iTunes, amazonmusic & Google Play.