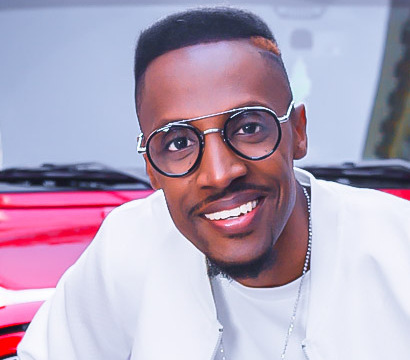 International Recording Artist Omari
Familiar to Reggae and Gospel fans for his hit songs, ( Help , Why, Jehovah Guide Me ,
Impossible feat. Papa San, God a Guide , and Heart and Soul) , Omari is creating waves in the
music industry. The song Help was praised in The Star Newspaper as "one of the hottest and
most inspirational gospel songs in the industry”. Born Andrew Omari Edwards on February 3,
1980, his dynamic voice, spectacular writing skills, and exceptionally warm personality has been
opening doors unsuspected to his wildest imagination.
In 2010, Omari copped the IRAWMA award in the category Best Gospel Song . He has also
received five (5) Marlin Awards nominations and won for Reggae Recording of the Year in 2008.
He was nominated for three Reggae Academy Awards, in the categories: Best Solo Male Vocal
Gospel Performance , Best Gospel Song, and Best Gospel Music Video. Additionally, he got a
nomination in the Excellence in Music and Entertainment Awards (EME Awards) for Gospel
Artiste of the Year . He recently won Gospel Artiste of the Year Award for the MIA Awards and
was nominated for the Youth View Awards for 2014 & 2015. He is also the recipient of three
Megajamz Awards, including that for Lyricist of the Year 2008 for his song “ Why” .
Omari has made appearances on shows such as the Annual Gospel Festival, Best Dressed Fun
in the Son, Sting (2008), Richie Stephen's Take Me Away (2009), Rebel Salute (2009), TEMPO
Turns 2 & 3 Concerts, A Better Tomorrow, Sting and several other main events. He has shared
stages with several renowned artists, such as Kirk Franklin, Donnie McClurkin, Papa San, Israel
Houghton, Alvin Slaughter, Carlene Davis, Tony Rebel, Queen Ifrica, Shabba Ranks, Chronixx,
Nomaddz, Beres Hammond and Taurus Riley.
Omari has worked with notable producers in the Gospel and secular industry, such as
Christopher Birch, Danny Brownie, Arif Cooper, Donovan Germain, Kurt Riley, Tony Kelly,
Romeich Records, Notis Productions, Frankie Music and most recently Chimney Records,
Troyton Music, DJ Sadic and Saint P from Africa. Omari is truly an artist for all seasons. His
Album " Heal Jamaica, Heal the World " was written to uplift the hearts of the downtrodden and
consists, for the most part, of prayers to God on behalf of the nation of Jamaica. The songs are
also written with an international flavor aimed at creating an appeal to the overseas market, for
gospel music and Jamaica.
Joined by his own Royal Movement Band, Omari is currently writing music for his brand new
double-disc album. His goal is to take his ministry to a greater level without compromise. He
welcomed 2016 in the country of Kenya Africa as part of the Groove Party artists’ line-up where
he shared the stage alongside Kenyan Gospel sensation JFam, on the afro-pop &
reggae-driven single, " WAVE ". The collaborative effort was written by Omari and JFam and was
produced by Kenyan producer, Saint P, who has produced for several African artists.
Furthermore, a video for the single was also shot on location in Kenya. “WAVE” has been in
rotation on MTV Kenya, Trace TV, and citizens TV with viewership of over twenty million. In
2016 he did his first tour with International gospel artist Papa San. The tour spans across the
tri-state area. In 2018 he accompanied Beres Hammond on the Florida leg of his tour Featuring
other acts such as Third world, Daville, and Singing melody. He recently shot a video for his
new single “I AM HEALED” from the healing project produced by Troyton music, he’s also
planning to release his new album “ROYALTY” in twenty twenty as he prepares for a number
of events within Africa the Caribbean and the USA. Omari is on a mission to take his ministry
far and wide one person at a time and city at a time until everyone hears the message of Jesus
Christ and receives HIM wholeheartedly.
Social Media: IG/Twitter @omari_music
Facebook: Omari
Email: omarimanagement6@gmail.com