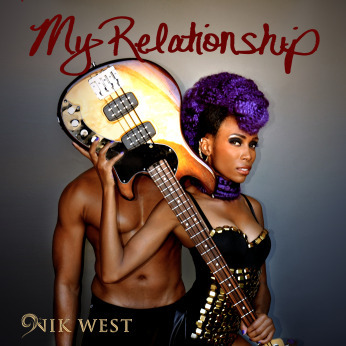 “She brings true FUNK back, all wrapped in a new package."- Arizona Republic

“I enjoy playing and jamming with her, she is an amazing musician, hard to believe she’s left handed playing right handed”-Orianthi Pangaris

With credits that include work for Coca Cola, Apple, and MTV, George Lopez, and the Tavis Smiley Show, bassist, singer and songwriter Nik West is anything more than just another pretty face. Challenging and changing the industry around her day by day, West is a special musician with a deep love for music and the chops to back it up.

Noted music journalist Alex Henderson sums West’s incredible talent up saying “Nik West is one 21st Century R&B artist who isn’t lacking in the chops department. She is a young electric bassist who clearly knows her way around her instrument and plays like she has been inspired by the funky likes of Graham, Louis Johnson (of Brothers Johnson fame) and Marcus Miller.”

Though she began her musical journey playing the guitar, the left-handed phenom truly realized her calling when she discovered the bass in high school while listening to Michael Jackson's "You Wanna Be Startin Somethin". After discovering the instrument there was no stopping her.

Two years ago, at the age of 22, West’s skill was noticed early on by legendary music company, Fender. They took notice of her standout voice and soulful bass playing and offered her an artist endorsement. She was also one of the first musicians to play Fender’s first 6-string bass. West’s string of accomplishments continued as she was selected to endorse SWR’s Black Beauty Amplifiers. The photo of West that is featured in the SWR advertisement was hand selected by legendary bassist Marcus Miller. The ad is currently running in Bass Player Magazine.

Although West’s father taught her and her siblings how to sing at a young age she has always considered herself more of a bassist than a singer. So much so that she intended for her debut album—Just in the Nik of Time—to be an instrumental project. “The producer I was working with, told me I have a wonderful voice and I need to sing,” says West. “I ended up doing it and I kind of like it now.”

While working on that album, Dave Stewart of Eurythmics also became acquainted with West’s work, fell in love with her soulful voice, and reached out to her to work with him on several projects. Within days she was performing with Stewart in Los Angeles to capacity crowds. Days later she also began working with Stewart and Grammy-winning songwriter/producer Glen Ballard (Alanis Morissette, George Strait, and Michael Jackson) on a recording project.