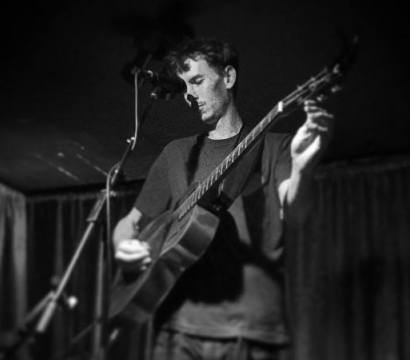 Lost John is a performing musician based out of Fayetteville, AR. Recently relocated from Austin, TX - Eric Michael Witthans has performed with many musicians, notably Mother Merey and the Black Dirt of Austin, TX. With a strong affection for artist such as John Prine, Ted Hawkins, Loudin Wainright III, Luther Dickinson, and Roscoe Holcomb - Lost John is a solo endeavour into Southern Rock and Midwestern Indie tone. Working solo and with a group of carefully selected musicians, Lost John is currently booking shows for 2016 and 2017

Current updates and show dates can be found HERE

Maxine's Tap Room, All You Need to Know Show: Money

Smoke and Barrel w/ The Too's

Tickets and More Information
Update Required To play the media you will need to either update your browser to a recent version or update your Flash plugin.
Download
Back
You Tube