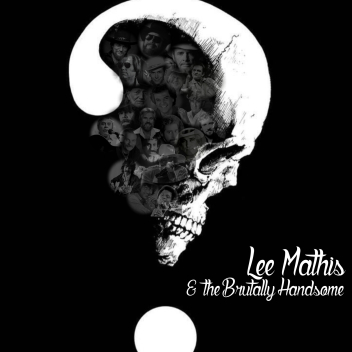 Lee & the boys are currently working on their third full length album, "Pick Your Crazy", with 14 brand new songs.

Currently, you can find the band's music on ITunes, Amazon, Spotify, Soundcloud, Youtube, as well as having a great selection of merchandise including the album on their website as well as their live shows.

Opening for Ward Davis in Ft Worth

Opening for Ward Davis Ft Worth!

THIRD Album in the works now!

Luckenbach Live Album In The Works!

Lee Mathis & the Brutally Handsome are 2019's Country Artist of the Year!!

Lee Mathis walks away with Male Vocalist of the Year!

Jon Morrow, our bass player, walks away with Bass Player of the Year!

Lee Mathis wins Songwriter of the Year at the ETX Music Awards!

Fourth time opening for the legendary Jason Boland & the Stragglers!

Got a big two week run through these great states planned for February of 2019! Details to come once tour is finalized!

This guys are good! I did an acoustic opener for them in Yantis...very tasty lead guitar, and just very well practiced and rehearsed. Nice guys too! We sat around talking for a while about music & gear. You know, normal musician stuff...

We open for the famous Night Ranger band on Saturday 10/6/18 at Love & War in Lindale!

Lee is opening for the legendary John Anderson at Red Rooster Icehouse in Hawkins!

After Party for Josh Turner

Back The Blue Event opening for Mike Ryan

The One More Bar (Full Band)