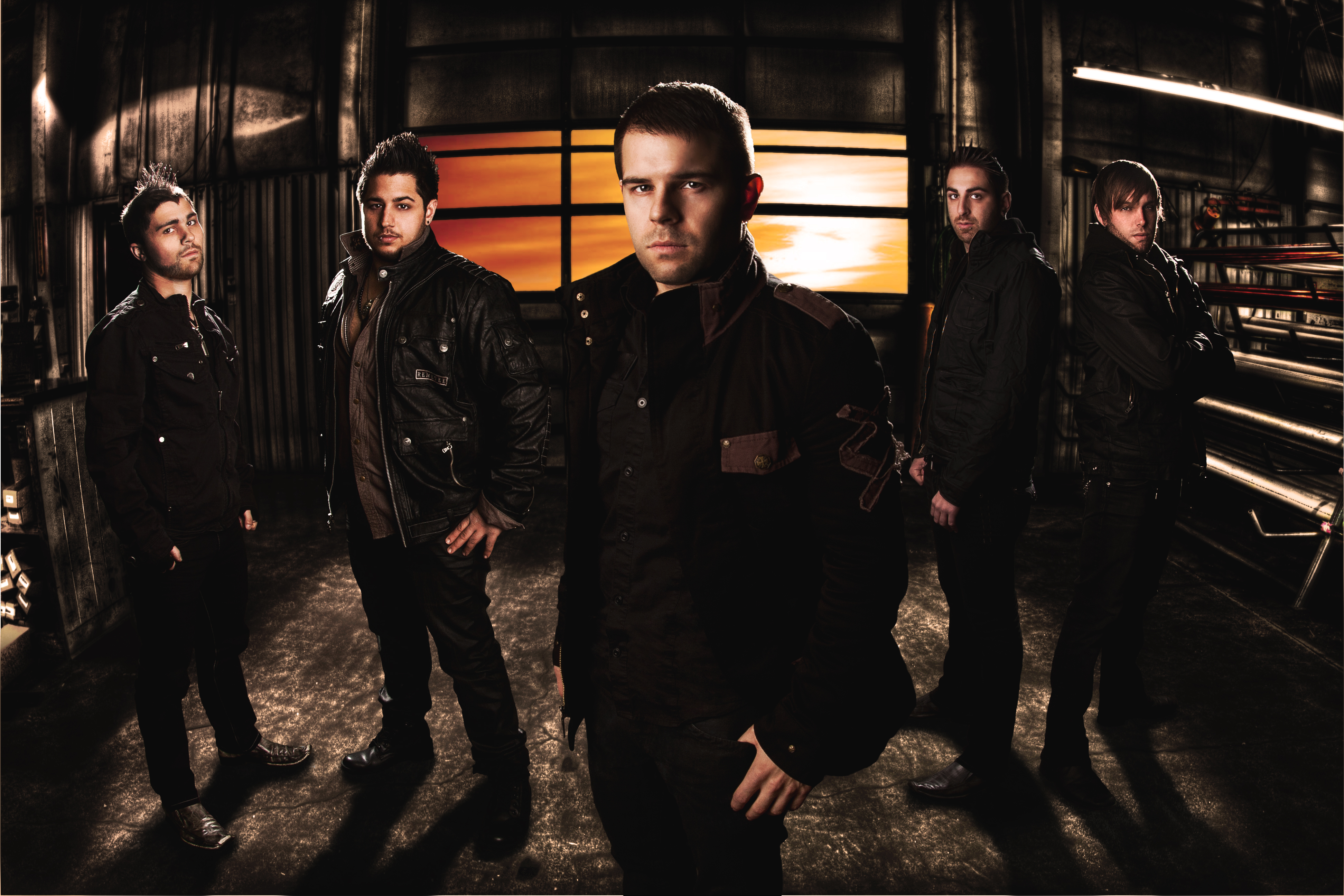 (Recent press and accolades below)
Whether they are waking up in Afghanistan to support our troops or hitting the stage with bands like Theory Of A Deadman, Hinder, Saving Abel, or Halestorm, Lansdowne is the hardest working unsigned rock act in America.
Jon Ricci (vocals), Shaun Lichtenstein (guitar), and Glenn Mungo (drums) have built a sound and live show that rivals their major label counterparts, filled with soaring arena-friendly choruses and an energy showcased by dynamic stage antics and the aspiration to leave each crowd asking, "Where the hell did these guys come from?!"

Last summer's release of the band's first attempt at active rock, A Day In The Life, earned Lansdowne a spot on multiple Billboard charts and elevated them as a bona fide rock standout. The trio from Boston was featured by numerous industry A&R resources, including Crazed Hits and Alternative Addiction, and was called "Quite possibly one of the greatest unsigned rock bands out there" by Hitpredictor.

With no time to lose, Lansdowne will be releasing their debut full length, Blue Collar Revolver, this spring and will be supporting it with various touring and radio efforts.

- "A Day In The Life" EP debuted on multiple Billboard charts, including Top Albums in Boston and Heatseakers

- "Watch Me Burn" named Song of the Year by WTOS 105.1 FM, Lansdowne nominated for Band of the Year

- Entertainment parter with USO Wisconsin, featured at Summerfest in 2009 and 2010

- Music has been licensed extensively, most recently including MTV, New England Patriots, and iRobot

- Internationally touring, 500+ shows, including over 100 college shows and 20+ military shows

LANSDOWNE is pleased to announce that the band has partned with Epic Records A&R, Jake Livingston, for management. Livingston and the band will begin working together this spring on initiatives that include the release Blue Collar Revolver, launching a nationwide radio campaign, and aggressive summer touring.

LANSDOWNE fans have done it once again, coming together to raise more than $9,000 to produce the band's forthcoming debut full length, Blue Collar Revolver.

Fans that donated will receive a variety of "thank you" incentives, including advance digital copies of the record, guest list privileges, hand-written lyrics sheets, and private show!

Blue Collar Revolver is expected to be available in late spring, supported by national radio play.

LANSDOWNE to play with Saving Abel for third time

LANSDOWNE will again be sharing the stage with Saving Abel this spring, this time at the Mass Expo Center in Fitchburg, MA. Tickets are currently available at a discounted rate through the band and can be ordered through lansdowneentertainment@gmail.com

LANSDOWNE has been confirmed as the headliner of Maynia, Camp Lejeune's annual spring celebration, for the third year in a row.

Camp Lejeune is a major Marine base located in Jacksoinville, NC, covering more than 246 square miles.

For all upcoming shows please check out: