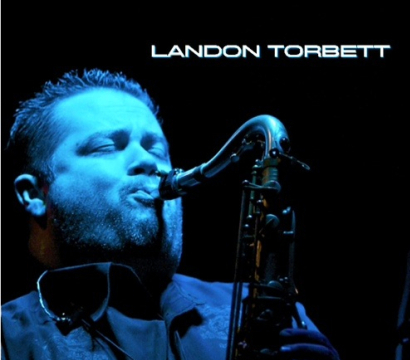 Landon Torbett was born and raised in Weatherford Tx. Landon grew up listening to artists such as Richard Elliot, Boney James, Kenny G and Grover Washington Jr. His passion to pursue the saxophone was when his dad took him to see Kenny G in concert. After seeing Kenny G "WOW" the audience, he knew that's what he wanted to do. He started playing the sax at age 12 and has been playing ever since. He was involved with the jazz band in high school and in college. While in high school, Landon was asked to play the sax in the college jazz band in his senior year. Also in his senior year, he took home the "Best Jazz Soloist" award at the Colorado music festival. After high school, Landon attended Weatherford College and studied under jazz guitarist, Tom Burchill.

After college, he got his first real gig with a top 40 cover band, Larry "T Byrd" Gordon and the TMPL band out of Dallas. While in that band, Landon had the honor of playing for Prince Albert, The Commodores and George Clinton. Landon started his own Smooth Jazz/R&B group called Smooth Groovz and plays professionally around the Dallas/Ft Worth area. He was recently asked to play at the White House with singer/song writer Verlinda Stanton.

Over the years he has played with artists such as Joe McBride, Wayman Tisdale, Peter White, The Commodores, Gloria Gaynor, Julian Lennon, Bobby Brown and the Grandfather of funk himself, George Clinton.

Landon recently attended the Warren Hill sax summit in LA where he won 3rd place in the rising star competition. While there, he attended clinics held by Warren Hill, Euge Groove, Eric Darius, Michael Lington and Michael Paulo. After leaving the summit, being motivated even more to pursue his career, he has recently released his new single "Feelin Good" from his upcoming CD. Landon's goal is to become the next Smooth Jazz rising star and solo recording artist and he will not stop until he reaches that goal.

my artist page is now up on cannonball saxophones website!

Landon has just released his newest single "Feelin' Good" from his upcoming CD. Available for purchase at CD Baby and ITunes.

'Feelin good" is going to get air play

Smoothjazz.com liked my new single 'Feelin Good" and is going to play it on their music internet streaming broadcast online. Keep a look out!

Landon Torbett has been recently been added to the Cannonball Saxophone family as one of there new Endorsing Artist.