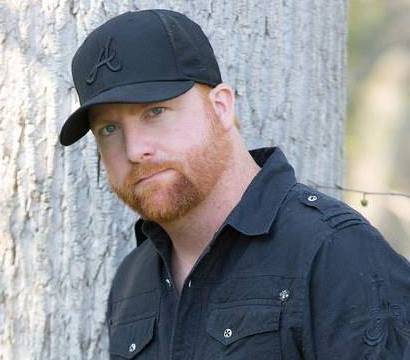 Lance Stinson hails from Lumber City, a South Georgia town with a little more than a thousand people. Childhood was a character-building mix of rural life and hard work. Lance and his four older brothers grew up on his parents' farm, which for many years provided corn, wheat and pork for the family's restaurant, Stinson's BBQ, a community gathering spot still going strong after 35 years.

His first musical memories came through the speakers of his dad's '79 Ford pickup. The eight-track gave him a good dose of Keith Whitley, George Jones, Waylon Jennings, Conway Twitty and Merle Haggard, whose "Rainbow Stew" remains a favorite.

"Dad was a big Hank Sr. fan," he says, "and my older brothers liked Hank Jr., so I picked up a love for both. My brothers were also fans of a lot of '80's rockers like Def Leppard and Poison, and I wound up with a little of that in the mix too."

Those influences would combine to give him a taste for what he calls a "kick-in-the-teeth country." "There's still some traditional sound to it," he says, "since I love story songs, but then it's got that edge to it." It's an approach that has made him one of country's most exciting young talents and brought Lance to the brink of national attention.

That vocal diversity, and the energy Lance brings to every performance has been honed on stages all over the Southeast, through hundreds of gigs in nearly 200 clubs and honky-tonks. He has opened for and developed friendships with the likes of Randy Houser, Travis Tritt, Luke Bryant, Brantley Gilbert, Colt Ford, Darryl Worley and Lee Brice, among many others. That experience and his talent led him to Nashville and he's just getting started!

Lance is the recipient of the 2016 GA Music Awards Male Country Artist of the Year.   Lance is also a member of the Country Music Association and BMI.

Racks by the Track After Party - Biggie's - Kingsport, TN

TICKETS ON SALE NOW!!   Go to my website to purchase.

Racks by the Tracks - Kingsport, TN

Performing acoustic set during the show

Blessing Of The Fleet , Darien, GA

Contact Information
If you are interested in booking a date please fill out the form and we will get back to you within 48 hours or lancestinsonbooking.com.