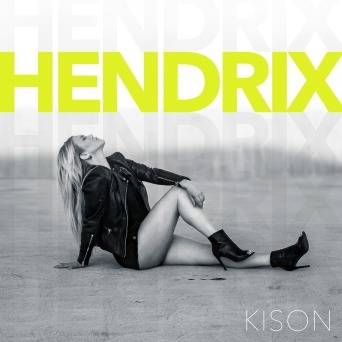 Based in Los Angeles, but hailing from Minnesota, Kison (KEE-sin) has garnered attention not only for her soulful vocals, but her songwriting as well.

The classically-trained singer was inspired to pen her latest single, HENDRIX after watching a documentary about Jimi Hendrix, which featured his legendary performance with a broken guitar string at Woodstock. HENDRIX follows her previous single release, Bad Night in Heaven, which was given the  ASCAP Desmond Child Anthem award, leading to her performance at the ASCAP Foundation Awards at Lincoln Center in New York City. The Anthem award recognizes outstanding talent and promise in a young songwriter.

Since moving to Los Angeles, Kison has performed at the renowned Greek Theatre before the Lauryn Hill show and was invited by the National Hot Rod Association to sing the National Anthem for a crowd of 30,000. She was also selected as a Mercedes-Benz Street Beats artist, highlighting her as a singer/songwriter to watch in LA. Kison made her first television appearance performing on KTLA 5 News.

Growing up on a farm in a rural Minnesota community, Kison credits her parents with setting her on the right musical path, despite limited resources. "I'm so grateful to my mom and dad for recognizing and nurturing my talent from such a young age. They said I was always either talking or singing, so they found a way to channel it", she laughs. Kison began voice lessons at the age of seven. At 16, Kison was selected as part of a Minnesota Grants project to become classically trained under the direction of soprano, Maria Williams-Kennedy at the Bel Canto Studio of Voice. Ms. Williams-Kennedy has performed in numerous roles with the Indiana University Opera Theater, Arizona Opera, Indianapolis Symphony and Metropolitan Theater of Opera in New York City. Kison adds, "Maria is my angel. She gave me the tools I needed to keep climbing and catapult me to the next level. She also quickly figured out that country music, aside from the story telling, was not my sound, and helped expose me to Soul artists like Etta James, Billie Holiday and Ray Charles. Those artists, along with Prince, Lauryn Hill and Carole King inspire me every day to bend genres and be myself, no matter where it lands."