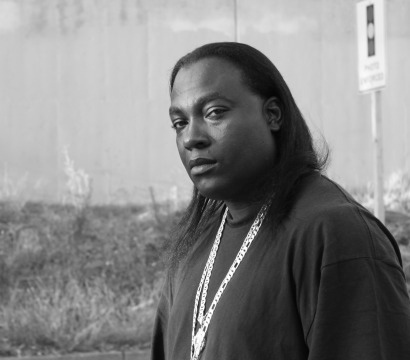 Ice Dogg one of the three members of the 1995 rap group straight outta East Oakland, Ca. Tha M.O.B.B Landmarked the bay area hip hop scene with the album entitled "Never Trust Them Hoes", which sold over 500 thousand copies, and put him on tour with such greats as.. E-40 & The Click, Richie Rich, Mystical, Jayo Felony, Luther Campbell & the 2 Live Crew, 3 times Krazy, Run DMC, The Coup, Concious Daughters, Bushwick Bill, The 5th Ward Boys, The Late Great Coug Nutt, E Dubb, and BET's Comedian J. Anthony Brown. Performed on stage with No Limit records artist Mystikal in phoenix, arizona. After Tha M.O.B.B, Ice Dogg dropped the underground album VENUS PIMP TRAP in 98-99. In 2000 Teamed up with his sister Dorian Nikki collectively known as " I'z N Dor'z, and dropped the Neo-Soul L.P SITUATIONS FAULT, then followed up with the next album called " 2". Within the double 0's, the BLAK HITLAH album HITLAHIZM, The TALKIN SHIT & SWALLOWIN SPIT L.p, and the underground classic NEO-OAKLAND PIMPTROPOLUS 2012, all albums produced by him. His Lable P-ism Ent has grown extremely large in ranks with the phenominal rap crew, known as The WEST 1's Clan (west 1's .org now) with frontman DUTCH MASTA 1 TYME,  GUNJI, TIMBO, BROTHA B, CUZN DEE, KENNY MAXX, LEGGS DIAMOND,  MELLO MONCREASE, and Him SELF, with the self named Compilation " West 1's till it Done ". In 2006 Ice Dogg Joind the band " The STEPPIN STONEs, which was later changed to XYMPHONI who's leader RON JOSEPH believed in his talents and swarmed Ice With the blues game, and got him on stage with legends as, LITTLE JIMMY REED, TERRIBLE TOM, TEDDY BLUESMAN WATSON, San Francisco legend FILMORE SLIM. Also opened for PATTI LABELLE in Reno, Nevada, And Joined the stage with the whispers at the MONTEREY BLUES FESTIVAL in '07. In 08, Ice Dogg still out slapped the competition with his second solo album "As JALEN THORNE " soon after, released third solo album " CLANDESTINE " in 2010. Ice Dogg, vested as The BARON OF THE BAY stays ready with a fourth solo album in 2014 entitled " The BLOO BLUDD " and now on his own steam, released The " Death Of Trap Maxi-Single " Cry 4 Help and They Lost Touch, " Give It To Me featuring Dorian Nikki, and " What Do You Do For Me " on His global platform to 244 countries on the P-ism Entertainment Record Label. Today in 2022 Heralding a New Company with long time friend and business partner Les Franklin. The " Dynamic Duo " of the Bay Area as they call the 2 gentlemen, constructed a Mega Label known as Kelly - Franklin Music Group Llc In November 2020 and shortly Landed a Partnership with Gt Digital and EMPIRE and fullfilled his long time goal, by reaching a Publishing deal Through MRE Enterainment, to Universal Music Publishing Group UMPG up to date.