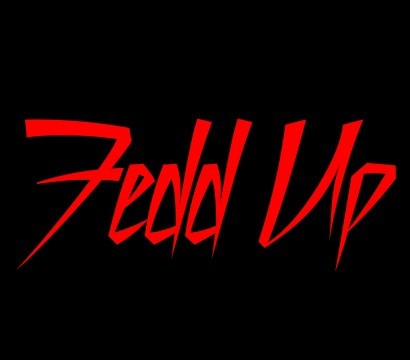 We are an original band from Lancaster, OH. We are a modern twist on classic rock. "...kind of like Poison and Steppenwolf riding through Georgia in a stolen convertible." NeuFutur Magazine describes our new Dark Days EP as hard, sludge rock. See for yourself.

Lancaster, Ohio’s Fedd Up have released their Dark Days EP, providing listeners with a great introduction to this hard, sludgy rock act.
Wild Flower is a track that builds off of Soundgarden, Animosity-era Corrosion of Conformity, and Kyuss. The charismatic vocals link up nicely with the guttural intensity of the guitars and punchy, on-point vocals. This introductory single hits on all cylinders, ensuring that listeners are on the edges of their seats; an immaculate production allows the constituent elements the ability to shine alone or as a unitary effort.
Wrecking Machine inserts a greater blues-rock influence into the mix, touching upon Brownsville Station and Thin Lizzy into the mix. The guitar takes the front seat here, with sizzling lines keeping the momentum at a break-neck clip. The back and forth between the vocals and these guitars pushes each to a higher plateau. Swagger, braggadocio, the raw machismo exuding from Fedd Up during the Dark Days EP is a callback to the halcyon days of the 1970s. There is enough heaviness and fury in the instrumentation here to appease current metal-heads.
Into the Fire welds Alice in Chains and Jimi Hendrix into one ass-kicking package. It is during this effort, the beginning of the second half of Dark Days that Fedd Up really imprint their constancy upon listeners. Each of the tracks on this release touch upon a slightly different array of musical styles, with the end result being something in which fans can easily sink their teeth.
Ewok slows things down and showcases the band’s unique style nicely; there is a mid-nineties Danzig-esque set of vocals that are bolstered by a more Spartan set of arrangements.
Fans should pick up the Dark Days EP from CDBaby or from the band directly. Check out their social media for additional information, tour dates, and further news about upcoming recordings.
Top Tracks: Wild Flower, Into the Fire
Rating: 8.8/10

Playing with multiple acts at Victory's in Columbus, OH. Contact us for tickets. They're $10 a piece. Set up by Breaking Artists LIVE Promotions.

Playing a free show in Lancaster, OH at Lucky's Bar. Will Thimmes from Lancaster and Foxtrot from Pickerington will open up the night for us. Come out and celebrate the release of our new EP on Lucky's patio one last time before it closes for the season.

Contact Information
We are looking for bookings. Get a hold of us!
Information Request