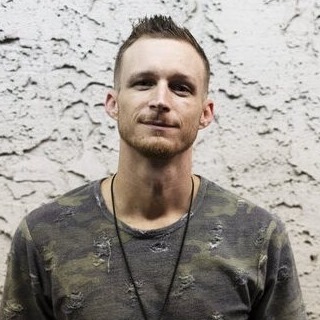 Doug is a Live Looping Solo Artist out of Houston, Texas. A self-taught musician since the age of 12, Doug received his first guitar and started a band at age 13. Mowing lawns to buy equipment, rehearsing in a dirty garage and having his parents drive the band all over Houston to perform, he was making his own way.

“You sound like a young Jason Mraz. The lyrics are fantastic too. Your writing reminds me of a hybrid of The Mowglis, Jack Johnson, and the Avett Brothers in the fact that you can tell you’re speaking from the heart and not just plugging words in to make a song. I’m on board dude!”
- Alex Middleton – Producer – “The Rod Ryan Morning Show” 94.5 The Buzz (KTBZ-FM)

Doug played in a variety of bands throughout high school. Including the genres of Punk, Rock, and Alternative, but really found his niche when he discovered the loop pedal.

“I remember the exact moment I knew that I had to have a loop pedal. I saw a video of Ed Sheeran when he first came out in the US, performing ‘You Need Me, I Don’t Need You’ using the loop. I was blown away; instantly hooked! I knew, in that moment, this was something I had to do” –DW

In 2015 Doug was invited to play, live on the air, on 94.5 The Buzz’s Rod Ryan Morning Show Radio Station in Houston (3rd biggest morning show in the nation at that time). Doug released a single in 2016 which earned him 3rd place in the 2017 Coast 2 Coast Artist Showcase in Houston, Texas. In 2018 he released his first EP “Deeper Than the Surface Chapter 1” with songs about the personal demons we face, and the importance of believing in yourself.
He is featured on the Songwriter Snack Time Podcast Episode 2– with Josh Walker, with a full interview and live looping performance in studio.

In “The Next Big Thing” Radio Contest, put on by 94.5 The Buzz’s Rod Ryan Morning Show, Doug was named one of the Top 20 Bands of Houston. This led to a personal invitation from the Manager of Blue October to open up the 2019 Houston Music and Arts Festival with Blue October and Robert DeLong.

“I swear there’s not a better feeling on the planet to me! Performing live is everything!” -DW

Doug’s biggest influences are: Ed Sheeran, for his mastery of the loop pedal and incredible songwriting abilities, John Mayer, for his powerful lyrics and unforgettable melodies, and Tupac Shakur, for sticking to his authenticity and remaining real.

Doug Westcott is a unique original Artist on and off the stage. It is evident in his powerful and edgy lyrics. I sincerely hope you get the opportunity to see Doug perform live, when he’s in his element. It really is a sight to see a full band sound coming from one person on stage.

“I swear if you hang out with me for too long, I’ll brainwash you into believing in yourself and thinking you can achieve anything” – Doug Westcott

Recording a song with Jericho from REHAB!!

So happy to announce that Jericho, from the band REHAB, and I are collaborating on a song together. Just finished vocals yesterday. It won't be long now!!

The New Single Trust the Vibe comes out Friday, September 18th on all Platforms.

Trust the Vibe is a reminder that if something feels off... it usualy is...

Birthday Show!! At the 19th Hole

Tune Out Cancer Fest at The Wildcatter Saloon