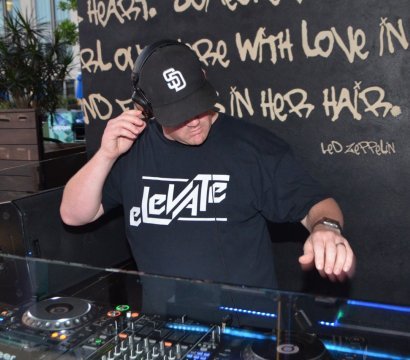 From ambient, beautiful melodies to hard-hitting bass, Steve King aka DJ Elevate does it for the love of the music. He's not interested in image or fame - he just enjoys sharing what he loves with others and see them enjoying the journey with him.

As both a Private Event and Club DJ/VJ, Elevate has been bringing the party vibes for years in everything from corporate and celebrity events, conferences and weddings, to clubs in the San Diego, California area where he calls home including Rich's San Diego, both Float and 207 at Hard Rock Hotel San Diego, and Atomic Nightclub. His signature genres are House and Dance, but his open format mentality allows him to be flexible enough to confidently spin many different genres - both mainstream and underground.

His attention to detail, work ethic, and client-tailored work in private events has earned him the "Best of" award from TheBash.com from for five years running.  He also was nominated a "Rising Star" on SD Voyager.