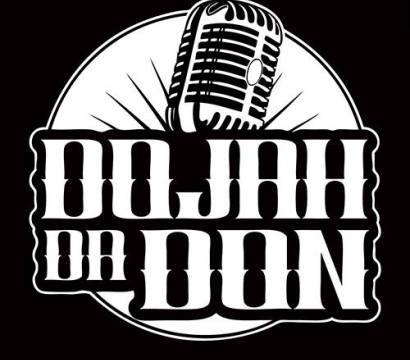 Born "Anthony Joseph Perez" On October 24 1984, in Denver, Colorado, bounced around the state for a while from the north metro area to the southside of the city. Dojah always had a itch to spit, influenced by many artist that came before him he stuck mostly to the hip hop genre but was never afraid to experiment with other genres.

After dealing with some hardships and moving around a bit he found himself in the state of California where he then studied the art of releasing energy through words. Under the wing of a group called "The Glych" Dojah was starting to find himself and his flow. With creative wordplay and extreme lyricism Dojah progresses through the industry with every song he puts out. In 2011 finding himself back in the Den-Co area Dojah hits the scene fresh and ready to work, linking up with artist like Tc Crook, Tytanik, 5280 Mystic, Looney Beats of Bass Gang, U.T.I.C.A and many more not listed his career is sure to BLOW but he finds himself coming to a hault. After jumping from crew to crew Dojah realizes how hard it really is to find loyalty and people who share his dream he decides to take a break from music for a while. When coming back he is spot on and ready to launch his own company Weast Coast Records.

After opening for many national acts like: Twista, Lord Infamous (of 3-6 Mafia), Project Pat, Bizzy Bone and Layzie Bone (of Bone Thugs N Harmony), The Lox, Stevie Stone (Strange Music) and has made special guest apperences for Irv The Phenom, Jeff Turner and Black Pegasus and more. He works hard as he networks throughout the city viciously. After 4 solo mix tapes and 3 full length music videos shot from some of the most respected directors in the Denver city, He is now working on his EP and well Dojah says he lives by the motto "Lyrics Over Swag" and is now working with the legendary Dj W.I.Z closely. Keep your eyes open for this guy as he plans to do some damage in his time here.

Jeff Turner in the building

Madchild rocking with us