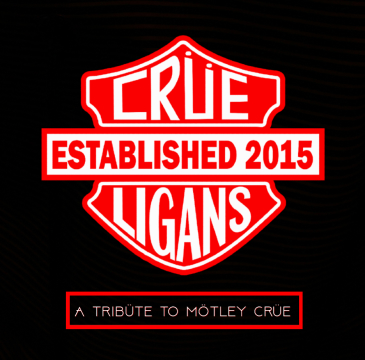 CRÜEligans are a band that came together with one goal in mind: To pay tribute to the most infamous band to ever come from the sunset strip, Mötley Crüe. Since 2015, CRÜEligans have wowed audiences with their spot-on recreation of a live Crüe show with a catalogue that spans from Too Fast For Love all the way through Saints Of Los Angeles.

Classics like ‘Dr. Feelgood’, ‘Home Sweet Home’, and ‘Live Wire’ are performed exactly the way they were recorded. Which is exactly the way you want to hear them! CRÜEligans will take you back to the Decade of Decadence when the “WORLDS MOST NOTORIOUS ROCK BAND” ruled the planet!

Check out our shows page!!!