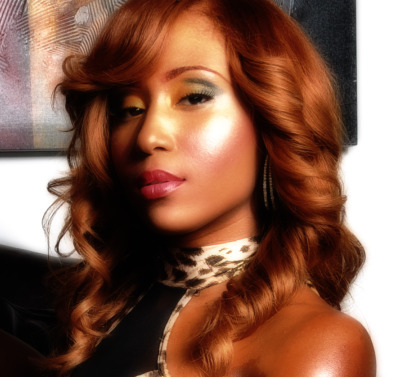 A Trip To Candi Land

Laid back, humble, sociable, down to earth, clever, easy going, charismatic and creative are some but not all of the words that can be used to describe this determined young lady by the name of Candi Redd.

As if entering the world on the last day of the year, December 31, 1987 12:00pm (New Years Eve) doesn’t already make her unique enough, she received the nickname, Red, from her family because she was the only person in her family born with bright sandy red hair.  When asked how she received or created the name Candi Redd, her response was: "Candi is from the word candid, which means, pure; sincere; honest, upright and my family does call me red but I spell is with two d's.  Redd is a verb that means to save, free from, deliver, recover, rescue.  These are all ways I plann to be with my music but sometimes the industry makes that difficult. lol"

Growing up in a broken home on the southwest side of Houston, TX, with her mother and younger sister, Candi Redd encountered and overcame many obstacles at a very young age. Teen pregnancy, drug addiction, incarceration and an abusive relationship are a few of many issues. Impressively through it all the ambitious song writer, recording artist and entertainer efficiently provided for her son and never gave up on her dreams.

Working as a full time operations supervisor for a Bank of America vendor 2007-2008, Candi Redd spent days at work, evenings with her son and sleepless nights in the studio. “Maaan! Soon as my project was finish and I had a solid single (Independent Bitches), I wanted to put all my time into promoting my music,” says Candi Redd.

The brave entertainer went on an impulse and followed her heart. With rent, lights, phone, day care bills and more, she quit a good paying career with benefits to pursue her dream full time. “I was still able to pay my bills. I told myself that if I got up and hit the block 7am-6pm with my mixtapes and set a quota of $100 per day I would be fine. That way I could make my own schedule and get paid to promote myself,” was the intelligent young phenom's reply when asked why on earth she would quit working without a back up plan or savings for the remaining month in her apartment. Candi Redd said, “It just felt so right. My mom and Aunt were pissed but they just didn’t understand and I didn’t expect them to but I could show them way better than I could tell them."

2009 Candi Redd released her debut single, the smash hit and ladies anthem, "Independent Bitches" which hit billboard charts early 2010, from her mixtape Code Redd.  The 2010 S.E.A. award winning mixtape, CODE REDD sold 200,000 copies independently. Candi quickly followed up with her second project REDD ALERT, which was also nomiated for an S.E.A. Award & was released December 2010 with the single, Act A Ass Produced By Gavin Luckett (Brother of Letoyia Luckett) that began to take the radio by storm before her 2011-2013 disappearance.

Today the industry & fans seem to all be asking the same question,

"WHERE IS CANDI REDD?"

2011 she gave birth to beautiful baby girl.  "My daughter was born with a rare heart condition and had to have open heart surgery at 6 months.  It was difficult for me to deal with that and my music simutaneously and I couldn't put her in day care so I had to handle my priorities because my children come before my music," says the mature young mother.

Leaving her footprints around the industry working with the legendary Bun B of UGK, Lil Keke, Lil O, BET award Nominee & Love and Hip Hop Atlanta Star Rasheeda, Kandi Burress of Xcape & Real Housewives of Atlanta, E Class, Webbie, Killa Kyleon, Just Brittany, Beat King, Dj Chose and more, all of the artist she has worked with have nothing but great things to say about the dedicated artist.

Ms. Candi Redd is like a breath of fresh air in the industry and one of the best females to ever enter the game hands down and has been one of the first female rappers to hit billboard in a very long time during the release of her debut single.

Laying down the blue print for the other houston female independent artist, representing in a major way for the young mothers, women in hip hop and for Houston, TX, it wouldn’t be wise to not sleep on Ms. Independent because you will definitely hear and see a lot of her in the future.

"DO IT AGAIN" VIDEO SHOOT

WILL BE SHOOTING A SCENE DURING

Candi Redd does it again with her new hit single, "Do It Again."  Available on iTunes 4/20.

CLICK CONTACT AND SUBMIT A REQUEST FOR A FEAUTURE AND SOME ONE WITH RESPOND PROPTLY. THANK YOU.

FOR THE SAFE SEX & REEFER TOUR

• Booking The Tour At Your Venue

Currently preparing for the release of "Safe Sex & Reefer" there will be a #SafeSexReeferTour.  Looking for experienced dancers who have performed in front of big audiances (dance team, drill team, exotic dancers, etc.) Serious inquiries only please email: TeamGetItGurlz@gmail.com

Houston is not a big R&B city. I noticed R&B artist were promoting themselves as hip hop artist in hop hop clubs.  So I wanted to create a platform for them to receive the exposure they deserve being that they are so talented.  I've worked to build a stong R&B movement in Houston promoting the upcoming talent.  I would love that all of my supporters come out and support the other ladies in Houston who are doing there thing.  This movement not only supports the female R&B singer in the south but also is a support group for women in the industry who are supporting other women in this male dominated industry.

Congratulations to Dante' Stiggers on another sucessfull event.  The 4th Annual Alief Alumni Basketball Game filled the gym as (Pro Ball Player) Dante' Stiggers, (Pro Ball Player) Matt White and the best players from Alief went toe to toe.  Candi Redd, being an (Alief) Elsik Graduate was honored to give back to the community by both playing in the alumni game and delighting the crowed with a halftime performace.  We want to recognize DaTurnUp.com for their contrabutions to the community for giving 30+ children LRG shirts and 5+ children new shoes. This was really good for the community and #TeamCandiRedd looks forward to being a part of this again next year.

GETiTGURLZ.com will be launching summer 2k14.  The GETiTGURLZ movement is an organization of women supporting one another and combining our resources to assist one another in this male dominated entertainment industry.  GETiTGURLZ consist of but are not limited to Models, Artists, Djs, MCs, Producers, Comedians, Dancers, Hair Stylist, Designers, Photographers, Promoters and more...

If you would like more information on GETiTGURLZ please visit us online at http://www.GETiTGURLZ.COM

WHY IS THE PROJECT CALLED SAFE SEX & REEFER?

Those are the best two stress relievers.  I thought it

more than just sex because I received a sexually

transmitted disease from a guy that I had been with

for years.  I wasn't sleeping around and thought if

I was being faithful that I couldn't catch it anything.

and let them know that even when you

rocking with one person, you still need to rap it up

because loyalty is rare and most of these guys are

for everybody.  I want to use this terrible experience

to reach out and educate young ladies all over america

about practicing safe sex & what the consequences are

when you do not protect yourself.

safe sex by posting this hastag whenever time permits.... #SafeSex&Reefer

JUMP ON IT RANCH

BACK TO SCHOOL FUN DAY IN TEH PARK

I Will Be Presenting The Lovely Talented Ladies Of Houston Who Are Representing With The Best In R&B.  There Will Be Live Performances From Nyk Von Cole, Natalia Johnson, Ashten & Sydnee Jane

FREE ADMISSION WITH 3 TOYS OR 1 BIKE

CANDI REDD and many more....

LRG GIVE AWAYS FROM: DATURNUP.COM

STATESIDE AT THE PARAMOUNT

Dj Straight Blaze In The Mix

ARTIST WHO WANT TO PERFORM

"Fxck VIP" Party | Everybody on the Flo

{ NOT PERFORMING / APPERANCE ONLY }

Tickets and More Information
Update Required To play the media you will need to either update your browser to a recent version or update your Flash plugin.
Download Download
Back
You Tube
Back