Our City. Our Sound. Our Dream 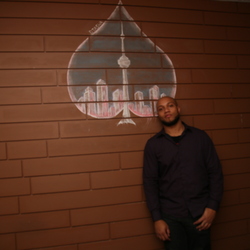 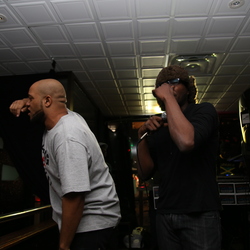 Luther Daniel Saunders, better known as BigLu91 (or BigLu for short), is an emerging Hip-Hop Rap artist from Scarborough, Ontario, Canada. With a Chopper style flow from influences like Twista and Busta Rhymes; and that fun Kardinal Officall, Jamaican-Canadian vibe, BigLu91 is a fresh breath of what having fun but still having a message feels like.

As the name implies, BigLu91 was born March 20, you guessed it, 1991. At 17, BigLu91 was given a pen and a pad by his Uncle and main inspiration for music. After writing "Loneliness", his first song about his absent father, BigLu91 found his outlet. At 24, BigLu91 decided to look into making what he calls "medicine for the soul" into his day to day bread and butter. From learning to build his own beats to performing at local open mics such as R.I.S.E Poetry in Scarborough to downtown Toronto's Blank Canvas's Dead Poet. Growing up in "Screwface Capital," more known as Scarborugh, BigLu91 challenge the mind while also reminding you to, here and there, stop whining about life enjoy a slow whine with your wife.

BigLu91 has released two mixtapes, "Buds Make Me Wiser" released in February and is a preview to his anticipated album "Melanin Project". You can expect to see Biglu91 performing more in the broad spectrum of the GTA and also hard a work to bring awareness to his charity initiative "Irie Waters."

Song of Storms
You Tube