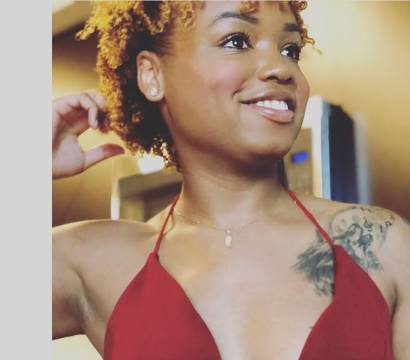 Originally from New Orleans and based out of the Seattle area, Zhanea June is known in some circles as the Songstress Supreme. Zhanea June (Zha_Nay-ah June) formerly known as Zhane Juniea, (Zha-nay Juneee-ah) is an American singer-songwriter and inspired actress who performed and won various singing and dancing competitions captivating the hearts of those who heard her.

In 2004, June put together her own girl group called Zealous where she was the lead vocalist. The group became well-known in the community creating a local buzz for Zhanea June. Tragically in 2005 the group was dismantled due to Hurricane Katrina and June became a solo artist. She pressed forward and became the McDonald’s Gospel Fest Youth winner in 2005 and at age 14 her first single under the name Zhane June, titled “Baby Baby Baby” was released on ITunes.

Zhanea June classifies herself as an artist not stuck in the box and will sing all types of music with a positive message to inspire all. This led her to become the 2010 Washington States Nashville of Country Star winner.

Zhanea June mesmerizes her audiences as she performs at various festivals in the Seattle and Portland area such as the Upstream Music Festival, Kent Splash, Festival Sundiata, NW Folklife and the Good in the Hood Festival in Portland.

In 2018, Zhanea June signed with One FAMM Music Group/Sony Music and is making her mark in the music industry.

Zhanea June is a force to be reckoned with. Her motto is, “God gave me the gift, I just hold the mic.”

Good in the Hood Festival/Portland