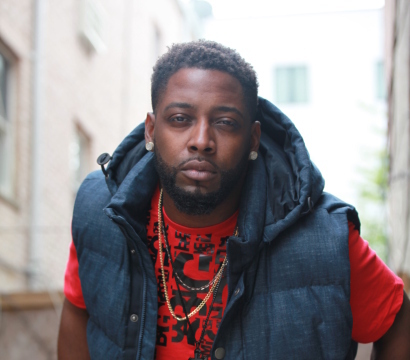 Multi talented artist in every sense of the word. Performing Artist, Production, Songwriting, Radio, & Film. aka Mul-TY-Media
Ty Bless is a multimedia mastermind.
Career
Born and raised in Spanish Harlem, Ty Bless still resides part-time in the NYC Metro area. Ty Bless is a record producer, recording artist, songwriter, Human Beat Box, and presently an on air Hip-Hop personality with Team Mind Trip & DJ Eddie B Swift on BREAL.TV (Cypress Hill�). November 1st being Ty's born day, 111 symbolizes the gateway to prosperity. If Ty's involved, something good is going to come from it. He has an all-embracing knowledge of the music business and extraordinary skills in dealing with people. He is completely reliable and enthusiastic in performing wholeheartedly at each event he’s part of.
"Ty Bless’ professional career outside of music includes countless TV and movie appearances. During this journey (1997-2007), he's also had a constant presence on HOT 97 and 103.5's WKTU FM radio stations in the New York tri-state area where he worked live on-air broadcasting elements of entertainment and information in the overnight 12am to 6am shifts as well as developing, processing and designing audio projects for live broadcasting. Ty has also been featured in a commercial for Footlocker and Toyota (2008) and Diary of a Tired Black Man (2009)." Ty Bless is a two time winner at the WMIFFs. Ty Bless won the Best HipHop video for " Outta Control " at WMIFFs 2019.
Associated Acts
Ty Bless as a music mogul has been a consultant to many current flourishing artists. In the likes of Allen Ritter who produced, co-wrote, and appeared on 8 songs on Ty Bless' "Rock Da Party 2.0" album; Best known for Co Producing Rihanna's "Work", among many huge hits, who is now a multiple ASCAP Award winner for songs like "No New Friends" by Drake; nominated for Song of the Year by the BET Hip Hop Awards for his contributions on "Blessings" by Big Sean; Allen Ritter recently signed to Sony ATV as a solo artist.
Business Accolades
Production great, Mate Traxx, hired to produce for Ty Bless when he was an Executive Producer for artist at Tommy Boy Records, who is now considered the King of Bachata for his production prowess for Aventura, and Romeo Santos, just to name a few.
Ty Bless has recently been honored at the annual World Music and Independent Film Festival (WMIFF) Award for Best Hip-Hop video, for his smash hit "Freakin' It” featuring K7.
New Undertakings
Hitting the airwaves in 2015, with his latest project alongside Jay Alams of Jay Alams Music, Ty Bless will progress into the Main Stream Trap Hip Hop Pop Rock side of things with his new HOT single "Dabbin' ". A familiar groove with a Trap Hop Swag meet The Human Beatbox that will channel listeners to get close to hit that Dab.
The curveball of his efforts has been "Desnuda" - a Reggaeton Pop banger currently buzzing among the DJ types from NYC, NJ, PA, New England, FL, TX, Brazil and soon the International club circuit.
Ty Bless has costarred and featured on tracks like "Hot Spot" by dance music artist Amy Tori.
In 2018 & 2019 Ty Bless has collaborated with legendary Freestyle artist Johnny O on track " Don't Run Away ", Ty Bless is featured on Flavor Music hit " Sloppy Toppy " with MDW & Raul Soto, Ty Bless collaborated with Freestyle artist George Anthony on smash hit " Chance 2 Luv U" , Ty Bless has made a hit banger for strip clubs called " She Love$ Money " which has a unique sound that will make you want to twerk, Ty Bless has teamed up with Shy on his successful hit " With All My Heart" alongside Freestyle legend Jaidie and Shy's daughter Anita Marie,Ty Bless teamed up with some of Freestyle's greatest A'Lisa B, MDW, Raul Soto and Gabriella on Xtremee Flava Megamix " Forbidden Love" ,Ty Bless has vocally destroyed the game with his lyrics on hit banger ' The Devil In Me" with vocals by Angel Mena,Ty Bless has lyrically slayed his part on hit " Elevate Her" along side DJ Tango Rey & Prince Pyligmy, and now in 2019 he recreated the smash hit " Stand By Me ".... There is no type of sound Ty Bless can't create or bring to life....He's not just a rapper, he's an extraordinary musical genius.

Vocational Devotion
The passion he has acquired has turned into a career for Ty Bless. Ty’s goals are to entertain the world with his music, get involved in more movies, acquire abundance and use it all to help others who are trying really hard, but are falling just short of making it.
He has a unique, versatile sound which is easily recognized but still pushes the envelope while presenting substantial crossover ability and a little something for every listener. With an undeniable blend of material, image, performance and commercial marketability, Ty Bless is truly unstoppable! Just when you might think he can't do it, think again he can do it all and will prove to you every time just see for yourself.