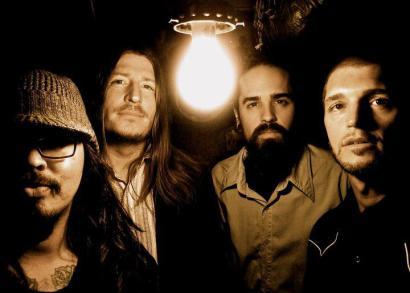 The Other Side of Morning is an independent rock band from Los Angeles, CA. Their stunning debut effort "Letters From Your Love, The Madman" has been taking college radio listeners by storm since its release in May 2011.Alongside producer/engineer Doug Grean (Stone Temple Pilots/Velvet Revolver), the group has managed to meld a dynamic, sometimes atmospheric sound with hooky melodies and thoughtful lyrics. With the final touches by mastering engineer Gene Grimaldi (Lady Gaga/Johnny Cash), this record is undeniably radio ready.This powerful album is only surpassed by a live show that truly captures the band's refreshing dynamic. During the last couple years, the band has performed at The House of Blues, all over Los Angeles and as far out as SXSW, Austin, TX. Keep a look out, this band will soon be blaring out the speakers and bringing down the house in a venue near you!"In the days of hand picked rock stars and American idols, it is not too often that you discover a band that forces you to stop and take a deeper look because there is something original, something different;something you can not quite put your finger on. The band is called The Other Side of Morning and their new album, Letters from your Love, the Madman, will awaken you to parts of yourself currently undiscovered. A rawness that goes way beyond skill and perfect notes, this music will grip you from the inside and make you want to laugh, or cry, hide and dance all at the same time. There is something truly original about this music. It is full of heart, and a whole lot of it. Hard rock meets psychedelic folk, poetry with a twist. Combine that with sheer talent, and a lot of charm and The Other Side of Morning is like finding the toy at the bottom of the cracker jack box and discovering that it is just what youve been looking for - Anonymous fan."Part psychadelic, part prism for your ears, it is a fantastic mix of sound that makes you want to sit back and sip off the ole jug.Creative, unique, mellow and hard, but mostly just a good twist to the sounds of old with a new spirit."Rick,ThMag.us."Letters From Your Love, The Madman is a very diverse album. The guitars aren't always distorted and in-your-face hell, the four aren't even hesitant to mic-up an acoustic, creating a nice, warm depth. There's no over-compression of the tracks, leaving the space wide open for a vast range of dynamic quality, instrumental and vocal panning included.I couldn't possibly classify this band in one category.The Other Side of Morning has taken flavors of those raw sounds with countless other imaginable influences and formulated a distinctly different, new breed of rock." - Kyle Patrick, groopEase.com

The Other Side of Morning is a rock band from Los Angeles.

The Other Side of Morning is a rock band from Los Angeles. Their stunning debut effort “Letters From Your Love, The Madman” was produced and engineered by Doug Grean (STP/Velvet Revolver).

They have performed at SXSW in Austin TX, and all over California and Wisconsin, including House of Blues in LA.

Here’s a California band you wish you knew about sooner.

Here’s a California band you wish you knew about sooner. They’re called The Other Side Of Morning and their recent debut effort rolls right off the tongue, like butter in your speakers. The album is downright beautiful, straightforward rock and roll and it’ll turn your frown upside down in a hurry. Check out the fan-favorite “Cracking Up” here, performed live as hell by The Other Side Of Morning