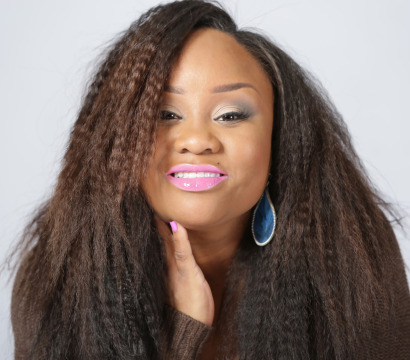 I have heard that great things come in small packages and Teefa is confirmation of the myth. She’s five feet tall and petite with a personality larger than life. True creativity knows no boundaries and her erupting natural talent is the glory road to Teefa’s limitless success. At the Age of 19 she signed her first major recording contract with then partner Shawnna of DTP to Relativity/Sony as Infamous Syndicate. They began touring the world with artist such as Eminen, LL Cool J, Busta Rhymes, KRS-1, Lil Wayne and many more all of whom which made it their business to give these girls they’re props. Together they raised the performance bar for all female emcees in the world of Hip-Hop. Teefa has passionately studied music and works along side the best of the best such as Kanye West, Common, No ID, DJ Terry Hunter, Syleena Johnson and more.

Teefa is known for her writing skills, story telling and excellent ability to relate to people. She has an effect on people that makes a total stranger feel like her best friend. Thus the idea of Teefa being the hottest Hip-Hop female emcee/radio personality doesn’t seem far-fetched. In 2002 Teefa embarked on a new journey hitting the radio airwaves in Chicago, she raised the bar and dominated by free styling live during her #1 rated Hip-Hop mix show on WGCI seven consistent years. Blessing the Mic on several radio hits such as “Jangalang, Shortie, Martini, Baby Daddy, Droked Out and Do It Like My Birthday”. In 2008 Teefa joined the Power 92 team striving to grow as a Hip-Hop artist and radio personality. She can be heard Saturday mornings 9am-2pm.

Teefa has become a staple in the community as she mentors and teaches radio broadcasting to inner city teens. Teefa enjoys speaking at school's and community event's, as well as hosting nightclubs and concerts. Giving back to the community is imperative to our growth and Teefa measures her success by how many people she positively affects vs. material possessions. Teefa says “ lessons learned in pursuit of success is greater than the accomplishment, because the fight is what makes you stronger and that’s what everyone will remember.”

SIGN UP FOR GIVEAWAYS NEW MUSIC DOWNLOADS AND MUCH MORE!!!!

"Teefa and The City" presented by Niena Drake, followed by: DJ Terry Hunter and Teefa "Soul F'n WHAT!!!"