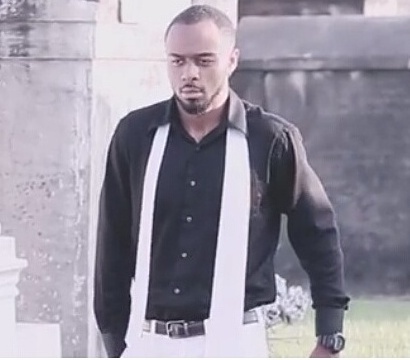 Syn'zere born Tristen Trimaine Thomas on August 7, 1996 to Sheila Garner and Feddrick Thomas in Gibson Lousiana. Not born alone he has 4 sisters and 2 brothers. He began taking intrest in music around the age of 11 and began recording singles with his childhood friend Devin "Dbradley" who encouraged him to follow his passion for music. Around this time Syn spoke about the things he would hear and see around him such as drugs and gang violence. After seeing his mother hurt by his father and going through tough relationships, over the years his style developed and began listening to artist who told stories like Nas, Notorious BIG, Lyfe Jennings, Ice Cube, Tupac Shakur, & J Cole. He used music as his way of copeing with unresolved issues and began speaking on the problems he dealt with throughout his life. After meeting up with a friend in high school he was introduced to a man named Darrold Johnson in charge of BountyHunter Productions. His son who showed him a video of Syn doing a short verse on youtube. Darrold saying " Thats all I needed to believe that he can go somewhere with a little help and development". Darrold then began working with Syn'zere recording his first mixtape which would be called "Reflections".

Darrold-  "The album focuses on whats actually going on in the world and how people actually think. He's not talking about degrading women or how much money he has, he's actually saying something different than every other RAPPER around because only ARTIST can do what he does and paint a picture you can actually feel."

Syn'zere- " On the mixtape I actually did a song called Reflections which explain the whole mixtape. From life problems and whats going on in the world to women being my vice im not afraid to expose my lies and the wrongs i have done in my life because somewhere right now is someone who is thinking exactly what im saying but too afraid of being judged. I give the mute a voice, thats what hip hop is supposed to be about. Music is what feelings sound like, its not about the amount of drugs you sell or how much money you dont have its about what's really going on in the world. Too many people live in fear because they are afraid of being rejected. I would rather be alone and be great than walk in the grass with snakes."

Dealing with bad relationships and struggling to let go of the way his father treated his mother music was the only way he could release his anger.

"Everyone around me always said Tristen you can talk to me about anything but i knew they would never truly understand me so i expressed myself in the music and thats when they realize my pain was deeper than just saying what was on my mind."

His outlook on life is that he stopped seeing the world for what it is and realized that everything he grew up believeing wasn't always the truth. Music was his way of expressing how crooked the world really is. While other rappers speak on killing people and promoting gang related activities Syn'zere took a different outlook and began speaking on the wrongs we do everyday and the lies we live and tell ourselves which gives him a different sound and distinguishes him from everyone else.

"My music is what gives you hope when you dont have anything to believe in. Not everybody may agree with what I say but I would rather live in truth then believe the lies being told to me. I am who I am because i live in truth its what makes me unique."

I Need A Manager Search