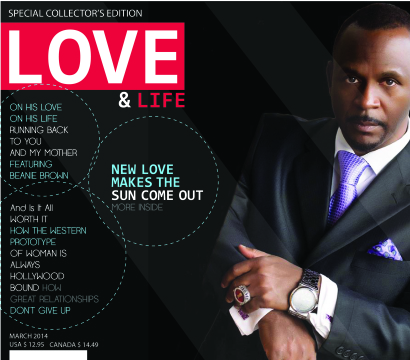 Raphael Ashanti, a singer-songwriter formely of the urban gospel trio The Priest, The Prophet & The Poet currently resides in Pensacola, Florida, USA. He‘s a soulful gemstone who has been on the independent scene for more than 20 years. His latest single released to radio and going for adds “Welcome To South Florida” is a collaboration and feature with South Florida Hip Hop sensation Dirty Dankk. This mid-tempo rhythmic anthem is a touching tribute to the culture of South Florida. Raphael has been described by Grammy nominated producer Steve Allen as “one of the best independent artist I’ve worked with.”

Global compilation Independent No.1's, featuring the best of Independent music from around the world, announces the list of artists who have been selected for its 6th edition

Global compilation Independent No.1's, featuring the best of Independent music from around the world, announces the list of artists who have been selected for its 6th edition

LEICESTER, U.K. - May 17, 2016 - PRLog -- Independent No.1's Vol.6, the compilation album released annually on W.O.A Records, is one of the Industry's most sought after mainstream multi genre indie compilations that introduces breakthrough indie artists from around the world to fans of Indie Music. The highly anticipated Vol.6 of the compilation is scheduled to release on the 24th of May. The Independent No.1's Vol.6 is compiled and produced by Platinum Selling Vh1 Top 10 and MTV EMA Nominated Musician and Producer Oliver Sean

The Artists selected for the Independent No.1's Vol.6 are:

To get more details on the artists and the songs that will be featured please visit http://www.independentnumberones.com

he Independent No.1's Vol.6 is scheduled to be launched on the 24th of May 2016 and will be available across all major stores including iTunes, Amazon, Google Play, Spotify etc.

The Independent No.1's Compilation is a property of the W.O.A Entertainment Group http://www.woaentertainment.co.uk

Raphael is currently working on an in studio project. Promotions and tour schedule will be updated at the appropriate time.

Contact Information
Please join me on any or all of my listed social media sites. Your company and friendship is welcomed.
Information Request