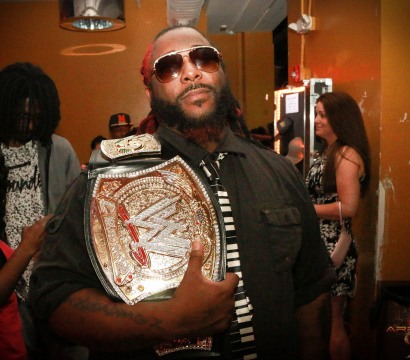 In a competitive industry that demands artistry and musical creativity, Vizciouz Inventionz boldly dares any vocalist to step in the ring with the World Heavyweight R&B Champion, Osker Z. Dunbar II. “Osker D” discovered & fostered his gift of music in the ‪muddy waters‬ of Lake Village, Arkansas, where he was born and raised. Though a musician from a small town, he had big dreams that carried him around the country, destroying stages from coast to coast. Entertaining alone isn’t what helps Osker D keep his Championship title. He connects and captivates his audience with his vivacious versatility. The most recent addition to his repertoire is acting. You can check out his role of Okbar  AKA “The Rackman” on the webseries "Til Death Do Us Part" available at www.good2gofilms.com

One of the 25 chosen out of 10 thousand contestants for the Mental Supreme Show, NYC.

Voted #1 Artist in the DC, Maryland, & Virginia area for the MTV’s “Artist on the Rise” Internet based
competition.

Has obtained such a relevant buzz to the point where he is being debated in conversations along with
major artists such as: Drake, Trey Songs, and a few more to boot. Opened up for Comedian “Cocoa
Brown”. Performed for Radio Personality Jeannie Jones, AKA “Kitty Of The City”. Opened up for Akil of
“Jurassic 5”. He has also continued to blaze stages in the “Concrete Jungle”, New York. Nominated (3)
Times in the 4th Annual DMV EMA Awards. Performed at Madison Square Garden, Times Square, Shot
a music video in the heart of New York. Performed at the Family First Concert at the Dc Convention
Center. Won 1st Place in (3) Consecutive Showcases at the “Lights Camera Action Showcase” in
New York. Blazed the “DMV Best OF The Best Concert” at the Showplace arena, in Maryland. Also
Performed at Six Flags America in Maryland. Was chosen in the top 50 to have a private audition with
“Music Legend, “Andre Harrell. Picked to open for Rapper “Maino” in New York. Opened For Doug E.
Fresh, Slick Rick, Keith Murray, Floetry, Brian McKnight, Omarion, Amerie, The New Boyz. Has been
contacted by, Myspace Records, Capitol Records, Universal Records, Atlantic Record, Slip N Slide
Records. Invited on a mini tour with Slip N Slide Records. Infearion features two hit singles on ITunes
“Swaggville” and “Thousands Times”

April 18th 2017- Released Project- Osker D- While You Were Sleeping

Available in All Music Media Stores and Sites