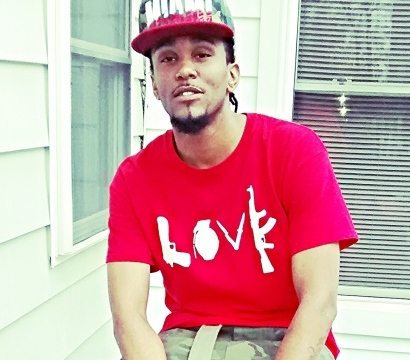 Who is LeeBangah??? Well if you haven't heard of this talented indie hip-hop artist out of Charlottesville Virginia, then your not paying attention to the underground hip-hop scene. Started  his music carrer at the age of twelve, he's always had a passion for music. From being in Internet music competitions, Apllo on tour in 2006, to being on front cover news articles and radio both local and global such as (The Underground Fix Magazine, C-ville weekly, Daily Progress) (92.7 kiss fm, 91.9 fm, Soundz Taight Radio Tha Indie Spot).

In a 2004 Cville Weekly magazine covering local hip-hop, writer "John Borgineyer" Stated. "LeeBangah learned to craft beats and soundscapes, the best of which induce a spin-tingling chill. older rappers influenced him that now flow effortlessly off his tougue". ItzAMily ENT. is the music group created by himself to share and build a empire of talented M.C.s stories, unpredictable flow and creativity. July 1st, 2014 was the release of his debut LP online (N.I.K.E.), followed by on Dec. 24th 2014 the release of the group mixtape called "Small City Big Dream$" with child hood friend.

Sept. 18th 2014 was the begining of a new start for his carrer, starting off with his first performace since NIKE dropped in FarmVille, Va, Hosted by Love And HipHop ATL Karlie Redd. LeeBangah performed with so much energy the crowed wanted to hear more of his style, that even had Ms. Karlie Redd head nodding. Growing up, Tupac Shakur inspired him to pursue his passion, energy, and commitment for his gift. he has made music videos that got excepted in a Chicago film festival in 2005, amd another video which made it to a L.A. film festival in 2007. NOW in 2015 he's brining more style and compassion for his music to his fans and listeners. This guy is truely going to be the New face of the hip-hop scene with his new style with old feel hiphop.

Now in 2015 LeeBangah plans to move even further with his career and to pursuit his life long dreams. working on his next project dropping April 20th, 2015 titled "The Discussion" i think we are all ready to see what these talented Virginia hip-hop artist has in store now?

Update Required To play the media you will need to either update your browser to a recent version or update your Flash plugin.
Download Download
Back
You Tube
Contact Information
to find out more about me find me on the links or these provided