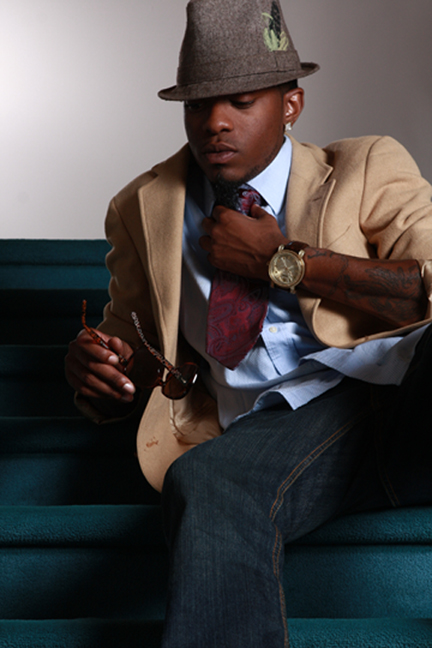 A young man, with soul, is some of the comments you may hear about the 25 year old L-Jaye. From grabbing a pen to grabbing a mic, he shows that he’s definitely here to make his mark in the game. L-Jaye, better known as the son of a preacher man is causing quite a stir in the industry. Blessed, and thankful for his soulful voice, and great ability to take a song and make it his own, L-Jaye is still humble. He admires anyone who just loves what he loves, and that’s music. L-Jaye has had the privilege to work with many icons in the industry. Born in Germany, and raised in Atlanta; L-Jaye has spent time working with, and writing for artist/companies, and producers such as: T boz (from TLC), Duke Williams, Terry Brown (R&B group NEXT), DJ Kay Gee (Naughty by Nature), Teddy Bishop, Zone 4 (Pollow Da Don's label), 88 Fingaz, Shady Aftermath, Juve Juice (so so def), Rowdy music Group (Dallas Austin), Jasper and Reese (Streetlove ent.), Colli Park Music, Ying Yang Twins, Pitchblack, Sam Sneed, Foxx And the list goes on! It all started in Austell Ga. at Lindley Middle school when it was discovered Lawrence (L-Jaye) James had a gift; skipping class in the schools bathroom singing as time went by. "Who's in the there?" the principal shouted... it was then, and there when she gave him a choice to either be suspended from school or sing at the Winter Bus Driver Appreciation. Who would have known that Lawrence would not be the NBA basketball player that he wished to be, but be on the road to success as a songwriter, Singer, and musician. Weeks later L-Jaye was then opening up for Kelly Price, joining talent agencies (Hush Productions) where he started playing the piano, acting, modeling, and more. He also was accepted into one of the best Performing Arts schools in the nation (Pebblebrook High) where he picked up musical theatre, classical, dance, acting, and more. During his high school years L-Jaye was in and out of world Famous studios such as Patchwerk, Treesounds, Doppler, Darp, Hitco, Hot beats, and many more. After winning, and being undefeated in many competitions L-Jaye decided to take his talent to the next level which was the world’s famous Apollo Theater. As he performed in front of one of the toughest audiences, L-Jaye not only won the competition, and went on to the finals, but also won the audience attention. He then decided to start working on his own music, and come from behind the scenes. L-Jaye is destined to become tomorrow’s next R&B/alternative phenomenon.

Singer and keyboardist James took the audience by storm at the famous apollo theater on March 24, 2010 during Amateur Night. Follow Link Below to see a clip. http://www.youtube.com/watch?v=63YnabfZEkk
Update Required To play the media you will need to either update your browser to a recent version or update your Flash plugin.
Download