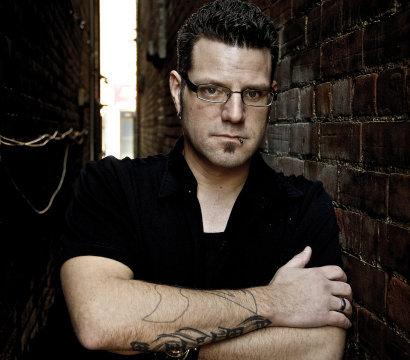 No stranger to the stage, by fifteen Jeff Pilon was delivering powerful and emotional performances. Street Corners, Pubs and Stages from Ottawa, ON all the way to a 3rd Place in Vanderhoof, BC. Canadian Country artist Jack Jackson guest judged the, 300+ entrant, County Fair Talent Contest.

Growing up in a Northern Ontario Anglo/French home life, instruments and singing at family gatherings was just a thing. Music was a deep part of Jeff’s life. His parents influence was a spectrum ranging through Country, Folk, Rock and Classical. The first instrument Jeff ever learned to play was the Violin. That was until he fell in love with the guitar.

Jeff’s original music is edgy and fun with undertones of country and rock. Though he was once told his sound was like Bob Dylan with a little Cat Stevens mixed in, he has a style all his own. He pours heart and soul into every note. His audiences respond in kind with their singing and dancing. With a cover repertoire that spans from rock to country and over many eras, there is something for everyone.

Jeff took a hiatus from typical venues, only popping up here and there in Toronto to sing a song with friends. Stripping down his performance back to its most basic form, he played for the toughest audience there is. A moving one! Street performing brought new life and energy to his performance. He was a regular attraction at Toronto’s Historic St. Lawrence Market.

Always moved by a good cause, over the years Jeff has lent his talent to several charity events. He’s played The Relay for Life for Cancer research as well as Summerfest in support of Muscular Dystrophy, both in his hometown of Sudbury, ON.

He is exceedingly proud to have been a part of Lightfest 2012, a walkathon and festival in support of Light Patrol, a Homeless Youth Outreach Progam, in Toronto. Lightfest 2012 took in over $60,000 in one day. As a member of the committee he organized street musicians throughout the walk-a-thon route and festival. As well as his performance on the main stage, he played in an amazing group performance of “Give a Little Bit” with Canadian recording artist Liam Titcomb.

It doesn’t matter where you see Jeff perform. Festival in a field, packed in a pub, kickin’ in your kitchen or cozy by the campfire, you will not be disappointed. He will put a spring in your step and a song in your heart.

"In The Studio" w Bruce Outridge

I am Going to Be In The Studio" w Bruce Outridge

OR GET THE APP

ON iOS AND ANDRIOD

"I Do (Acoustic Single)" Is on The Radio

As of Today "I Do" the acousti single will be in Regular Rotation on LeadPeadalRadio.com

A HUUUUUUGEEEEE!!! Thanks goes out to Bruce Outridge!

You guys can check out Bruce's Podcast on Facebook on The Lead Peadal Podcast for Truck Drivers.

I am Excited to Announce the Launch of

I AM GOING TOBE JOURNALING ABOUT MY OWN PERSONAL HEALTH AS WELL AS A GREAT PLATFORM TO HEAR HOW MUSIC FITS IN YOUR LIFE AND HEALTH.

I AM GOING TO TAKE A LOOK AT THE SCIENCE OF HOW AND WHY MUSIC HELPS OUR PERSONAL HEALTH.

The Beaver & The Bulldog

Doing Up In My Usual Style Down @

This Will be my first time at this new venue. Come on down and Check Them Out!

The Beaver & The Bulldog

Click to view products Click to view products
Contact Information
If you like what you hear we would love to hear from you. Please email us using this form. If you would like to be added to our mailing list please tell us in your message. List members will get updates on upcoming shows and what Jeff is up to.
If you are interested in booking Jeff to perform please send us your contact information as well as details of the event and we will get back to you as quickly as possible.