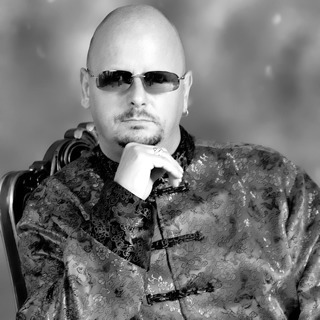 Patric Ersgarden, aka Jaigeng, possibly more than any other artist operating today, encapsulates the spirit of a globalised world. Raised in Sweden but living and working in Thailand, this citizen of the world has set out on a truly global project – the fruit of which is the stunning debut album ‘Vengence’.

The album is a collection of songs written and produced by top songwriting talent from the US, the UK and his native Sweden. It is an ambitious task and yet Jaigeng pulls it off with the almost nonchalant ease of a seasoned performer.

The music is mainly melodic AOR rock, influenced by giants of the 1970s and ‘80s scenes such as Journey and Toto, but Jaigeng also injects a modern energy and vibrancy that is all his own.

But ‘Vengence’ as an album is not just the work of the giddily-talented Jaigeng but also of the exceptional producers he has worked with. Songs by Peter Roberts (Your Dirty Secret) and Jan Akesson (Show Me Love) have already been released as singles to critical and commercial acclaim, while another collaborator in the shape of Roland Billberg has been nominated for Hollywood music awards and won a Billboard world song contest.

Besides being a global album, ‘Vengence’ is also particularly noteworthy – and very much of its time – for the fact that it is being released with no major record label backing. It means that Jaigeng is free to pursue his own unique vision of how music should be.

That vision is one where artists are not constrained by style, genre or anything else – even geography.

Jaigeng is a child of the world and a vision of the musical future. His music has truly global appeal – any citizen of Planet Earth should find joy in it.

‘Vengence’ is available now from all major online retailers.

Jaigeng is touring regulary in thailand and are now aiming globaly

The artist is working together with top songwriters from US, England and Sweden.

Jaigeng has influences from AOR and west coast Rock and has chosen his songs on his album to be both AOR and heavy Rock with very melodic tunes.