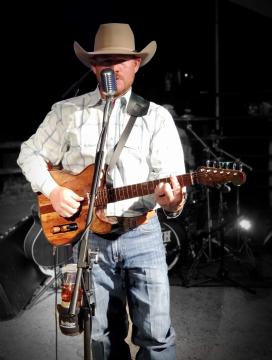 Heath has been entertaining for many years, as well as being a gifted Song writer. He has been singing his heartfelt songs to audiences large and small with his Cool Cowboy swagger and fun personality since he was very young.

With a history of 130 years of music history in his family, it is no wonder he has followed his heart and followed the footsteps of many past family members. His father and uncles have played with many notable entertainers. His grandfather had a radio show and television appearances in the 50's and 60's in a Southern Gospel Quartet. Many other family members still reside in Nashville, such as Gene Dunlap, who has been Loretta Lynn's piano player and band leader for many years. Also, Steve Conn, one of Nashville's top studio musicians and award winning Singer and Songwriter, having recorded and performed with the music industries elites. Heath shares his music from his heart, and it shows in his performance. You can always expect a fun and entertaining time.

Being a true Cowboy at heart, Heath worked on a ranch as a young man and continues to spend as much time as possible chasing the rodeos as a team roper. He also enjoys Leather work and Carpentry. Heath has a unique perspective when he writes and sings his music. He is a down to earth man with a true desire to reach you with his songs.

An Arizona native, Heath married his Love, Cortney and has two beautiful daughters, Addisyn and Aspyn, all of whom truly support Heath in his music and rodeo endeavors. The more you get to know Heath and his music you will find the true heart of Country music. His music roots run deep and his love for entertaining even deeper.

We will be releasing our first Album this spring. 12 songs that will help keep you out on the dance floor all night long.

Charlie Pierce will be cooking and amazing Valintines dinner for this show. Located in Buhl Idaho

Update Required To play the media you will need to either update your browser to a recent version or update your Flash plugin.
Download