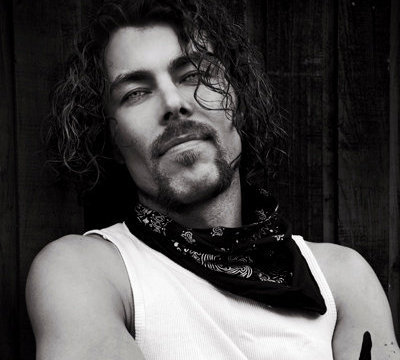 The smooth, deep voice of Greg Matheos is unmistakable and unshakable. His passion, creativity and presence as a true entertainer leave his fans wanting more. Flying most recently under the banner of "Gregos Music" & "1000 words for water" his collaborations internationally and Canada/US are easy to discover and enjoy - simply Google "Gregos Music."

Of late, Gregos has been co-writing with Hollywood/California super producer Mr. Ronnie King on a collaboration of songs from the ground up, evolving his style and library even further, bringing works fourth for the 2017 Juno submissions.

Greg Matheos inspired a band known as "1000 Words for Water" spanning many genres including soul, rock, folk and fusion elements. The collaborative efforts of he and his fellow musicians are seemingly timeless reaching forward and back through their influence. It is this project that allows him to travel and collaborate so freely birthing such a diverse sound scape and library.

His last 2013 full CD release, Civilized vol 1, is available at their live shows, music festivals and on iTunes. Previous discography includes charted works like "The Red Limit" self titled EP 2009 and "SOS - Are you receiving this" 2007 both are available on digital media outlets.

Growing up in Alberta, Canada, surrounded by a family of touring/charting musicians, he was almost born on stage. Performing since 12 years old he has developed his natural ability to sing, play several instruments and captivate a crowd.

His music has allowed him to travel extensively, recording and producing many of his and colleagues tracks/music videos through The Fake Label. Claiming inspiration from family, poverty, the artist struggle and the dichotomy of being deeply connected to a scene that was born from rock/soul/folk roots evolving into modern/contemporary sounds. You will find through the stories in song the journey mostly ends with a light at the end of the tunnel - reflecting his attitude and relentless perseverance to guide the listener through the dark.

Performing/recording or sharing the stage with several "A list" or signed artists at major festivals/showcases he continues to expand his following at home (where is prairie roots are), and further expanding throughout North America, Europe, Cuba and South Africa where he toured for several years honing in on the newest sound and sense of self.

At present Gregos Music can offer stages or studios full band/line up genre traipsing soul rock, acoustic blues/folk stylings and it isn't uncommon to find Gregos breathing his edgy voice into cross overs with with RnB collaborations, upbeat modern EDM and even pop-esque club jams. No stranger to radio & TV interviews, Live TV/Radio performances the stages, causes and accolades are snowballing in each new venture or city he visits.

The list of collaborations and appearances is as long as his performance history. Boasting over 1000 shows and 200 tracks released or in preproduction, 50 notable collaborations - there is a substantial demand and movement keeping Gregory and Gregos Music grounded, focused and constantly evolving.
Message from the Artist:

"I can certainly tell you, during University I wouldn't have believed that I would have achieved what I have with music/art even if I came back in time and told myself. Now as the 2nd last left of my music blood line remaining, I have too many people counting on me here (in our circle) and in the after life to smash the last barrier. I'm comfortable with being a lifer - it's the only way to live in your art. I owe it all to my music family, my brothers and sisters in sound and the age and era we have been afforded to make music accessible that matters and moves people."

On The Road Again ... California Love

Gregos here: Well ... on the road again in the sunshine state exploring the culture of the Palm Springs, Orange County and LA life. Huntington Beach, Palm Springs and Yucapia have already heard the musical stylings of Gregos.

Picking up on the local sounds each scene is always a primary mission - collaboration is key. Thanks for the memories songs and the new music that spawns to my new music friends. Thanks to the Roadhouse, Whiskey Business and the Good Vibes Crew for the shows, jams. Also thank you Eddie Larkin and Kelly Hurst for the recording sessions also.

LA is wild, Palm Springs is chill and Yucapia is nice and low key! Huntington Beach is absolutley beautiful and righteous. Touching oceans is always key to my 1000 words for water! Bless.