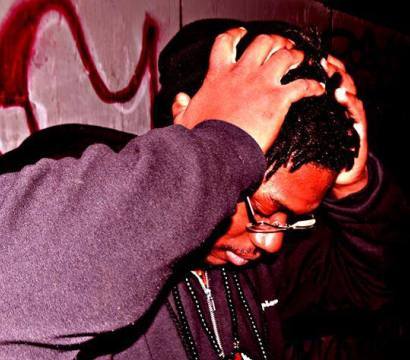 Webster's dictionary defines the word "anonymous" as "having no outstanding, individual, or unusual features; unremarkable or impersonal." Philadelphia's own Crazie K!D AnonYmouS is living proof this doesn't always apply when it comes to that term. Starting rap at the early age of 12, raised by a father whom DJed numerous block parties, you could say that Crazie K!D was born to make music. Over the years he's been coached by Philly legends new and old such as Chuck Nice of 3 Times Dope and DJ No Phrillz. With influences ranging from Big Pun to Nirvana to Edgar Allen Poe, the young veteran emcee is certainly anything but "unremarkable". CKA also has a unique accomplishment under his belt that most local artists dream of: he has performed overseas, specifically in Iraq while serving this great nation. The military discipline mindset is evident in Crazie K!D's precise writing style and diligent work ethic. Other accolades he has already racked up include a show with Crooked I of Slaughterhouse, recording tracks with Reef the Lost Cauze & Rich Quick, and numerous victories at poetry slam competitions, which is a testament to his versatility. What really makes Crazie K!D AnonYmouS an intriguing artist though, is his life story itself. This young man has been though three of the roughest terrains anyone can go through: the military, the prison system and of course, the streets of North Philly. The influence from all three of these chapters in CKA's life is evident in his tracks. Crazie K!D has released four mixtapes since the start of career all leading up to the "Taking Over the Throne" album, entirely produced by Fatman Elite (known as Da ILL together). Each release has chronicled the rapper's progression in both his craft and life in general; however, the best is yet to come. The last part of Crazie K!D Anonymous' name may imply that he isn't "outstanding", "remarkable" or an "individual" but one listen will show you that he is in fact all of that and more.