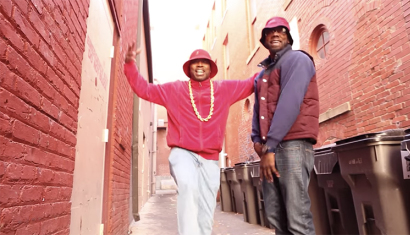 After graduating from Howard University with a degree in Communications, Tracey Lee inked a recording deal with Bystorm/Universal Records under which he released a solo album entitled, Many Facez (1997). This album included the hit single, The Theme (It’s Party Time), which settled on Billboard’s Top 100 for thirty-seven weeks. He had the opportunity to collaborate with award-winning artists such as the Notorious B.I.G., Busta Rhymes, and Kanye West. Some of Tracey's performances and appearances included BET Rap City: The Basement, BET Teen Summit, Keenan Ivory Wayans Show, and HBO Original Series: ARLI$$.

In 2014, Tracey returned to the music scene as an independent artist under the LLeft Entertainment label that he owns with his wife, Lori Nelson Lee. To date, he has released 3 major projects; ESQ. The Revelation, with appearances by DJ Young Guru, Eric Roberson, and Algebra Blessett, Expect The Unexpected, which received rave reviews from some of music industry's top DJs, and his most recent release, Glory, which is already being revered as Tracey's magnum opus for his ability to so poetically capture the strife of a major societal shift, (Covid-19, Quarantine, Police Brutality, and Civil Unrest), and turn it into pure art. Glory is a product of the now and the way forward on a landscape cultivated entirely by the production of super producer, Ojizz.

Fall of 2016, Tracey joined the faculty staff of Coppin State University as an adjunct professor teaching The Business of Music to aspiring artist. He was also a keynote speaker at the Music Industry Symposium for Singers and Musicians in St. Lucia on the topic of Contracts, Copyrights & Performing Rights Societies.

Currently, Tracey sits on the Governor's Board for The Recording Academy Washington, DC Chapter, and is a member of Black Entertainment and Sports Law Association (BESLA), American Bar Association (ABA), Screen Actors Guild (SAG), and American Federation of Television and Radio Artists (AFTRA).

A. Jermaine Mobley aka Jermaine HardSoul could be called a triple threat: he writes, produces and is a musician. His musical journey dates back to the age of 11, when Jermaine started playing the guitar. While in high school, Jermaine formed a rap group and started programming and studio production.

Jermaine enrolled at Howard University where he focused on production. Some of his major influences include: A Tribe Called Quest, Tony Toni Tone, Isley Brothers and Stevie Wonder. In scope, palette and composition, Jermaine HardSoul, preserves the musicality and heart of old soul with the hard beats and slick lyrics of today’s of hip hop.

As an accomplished singer, producer, songwriter and guitarist he seamlessly implements his affinities for 90s R&B into the album alongside current culture club bangers. After producing a number of great records over the years for his peers such as Musiq Soulchild, Eric Roberson, and Carl Thomas the timing couldn't have been better for him to carve out his own lane as an artist.