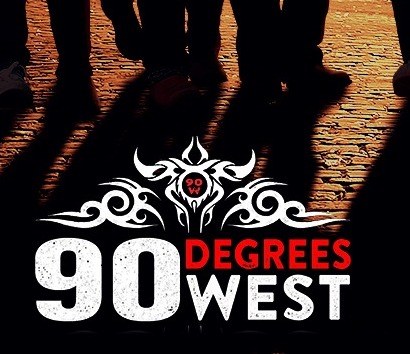 Somebody once said, "If you love what you do you'll never work a day in your life." 90 Degrees West is evidence of that. 90 Degrees West is a 5 piece, high-energy, modern country band based out of New Orleans Louisiana.  90 Degrees West covers such artists as Rascal Flatts, Keith Urban, Miranda Lambert, Florida Georgia Line, Jason Aldean, Lady Antebellum, Martina McBride, George Strait, Carrie Underwood, and many more.  90 Degrees West also has a library of original music. 90 Degrees West has had the pleasure of playing some great venues, as well as some great talent(Billy Currington, Thompson Square, Big and Rich, and many more). 90 Degrees West's goal is for the audience not only to have a great time, but to feel as if they are watching each artist live. To achieve this, 90 Degrees West has brought together 5 talented Musicians, each one bringing many years of experience and knowledge to the stage.  Now that you know what they do, it's time to tell you who they are.

Doug Admire (Lead Vocals) has been singing and performing since the age of 8. A transplant from Texas, Doug has opened for such acts as Diamond Rio, Jerry Clower, Tammy Trent, Bryan White, and others. Not only does Doug sing but he also writes music that has been performed in Nashville at the Blue Bird Cafe, Douglas Corner, etc. Before 90 degrees west, Doug was in the band Once Blind, which toured all around the US and was sought after by Capitol Records. As with everyone in 90 Degrees West, Doug feels very fortunate to play with such talented people

Tony Serio(Drums) a native of New Orleans and a 30+ year veteran of the Louisiana music scene, Tony comes well equipped for the job as drummer of the band 90o West. Tony draws on his vast experience and versatility of styles which include Jazz, Funk, R&B, Rock, and Latin, but it’s his love of Country music that keeps him grounded.Tony's talents have carried him across the country and across the globe to parts of Europewhere he has performed with hundreds of the world’s top musicians. As a songwriter/producer, Tony operates a home recording studio where he has recorded and produced two solo CDs entitled Backtracks Volume I & II. Tony has also recorded and produced records for many New Orleans area bands and artists. Whether it's performing, recording, or just rehearsing, Tony brings tremendous drive, enthusiasm, and creativity to everything he does. His passion for music is evident in the way he lays down a groove. In his own words, “After all these years, I’ve still got the same hunger for drumming that drove me to become a drummer as a teenager.”

90 Degrees West will be opening for Chase Bryant and Maddie and Tae!!!!!!!!

Come Join us @ Paragon Casino August 15 and 16 for a Rocking Country Good Time!!! Neil McCoy will be playing on the 15th as well!!!!! Let's do this Marksville!!!

90 Degrees West @ Cypress Sawmill Festival this Sunday!!!!!  Check out the calendar on our site for other festival times.

90 Degrees West will be opening for David Allan Coe @ this year's GretnaFest!!!!!

Flames on the Bayou

90 Degrees West will be opening for Chris Cagle on April 14th at the Cajun Hot Sauce Festival!!!!

Come kick up your heels and shake it for 100.7 Back to School Bash at the Texas Club with 90 Degrees West.

The band just got some exciting news today.....90 Degrees West will be riding & playing on a float in Endymion with BIG & RICH this Mardi Gras!! We are very much looking forward to the ride!!

ENDYMION PARADE with BIG and RICH

Time to be determined.

Flames on the Bayou(Opening for (Thompson Square and Billy Currington)

Festival of the Bonfires

Festival of the lake (Mandeville)

Roux House (Back to School Bash)

Hook'd Up (Madisonville) on the water

Festival of the Lake (Mandeville)

Music in the Park (Kenner)

Freedom Fest Opening for Chase Bryant and Maddie and Tae

Music in the Park (Baton Rouge)

Krewe of Excalibur After Parade Party

Krewe of Excalibur after Parade Party

Venue 182 Opening for The Lacs

Gunning for a Cure(St Bernard)

Music in the Park Kenner